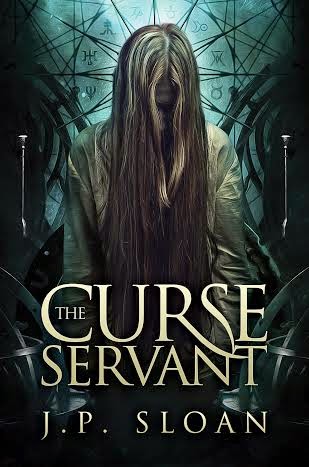 The one person standing between Hell… and an innocent girl… is a man without a soul.

A regular life isn’t in the cards for Dorian Lake, but with his charm-crafting business invigorated, and the prospect of a serious relationship within his grasp, life is closer to normal than Dorian could ever expect. In the heat of the Baltimore mayoral campaign, Dorian has managed to balance his arrangements with Deputy Mayor Julian Bright with his search to find his lost soul. Dorian soon learns of a Netherworker, the head of a dangerous West Coast cabal, who might be able to find and return his soul. The price? Just one curse.

Sounds easy… but nothing ever is for Dorian. A dark presence arrives in the city, hell-bent on finding Dorian’s soul first. Innocents are caught in the crossfire, and Dorian finds it harder to keep his commitments to Bright. When the fight gets personal, and the entity hits too close to home, Dorian must rely on those he trusts the least to save the ones he loves. As he tests the limits of his hermetic skills to defeat this new enemy, will Dorian lose his one chance to avoid damnation?

The Curse Servant by J.P. Sloan
My rating: 5 of 5 stars

The Curse Servant by J. P. Sloan is a 2015 Curiosity Quills publication. I was provided a copy of this book in exchange for an honest review.

Last week I finished The Curse Merchant, the first book in this series and admitted I would like to see where the series went and touch base with Dorian somewhere down the road. Well, it was my good fortune to have been invited to participate in the VBT for this second book. So, I was able to touch base with Dorian much sooner than I had anticipated. AWESOME!

If you recall, Dorian's soul has been sort of.... misplaced, if you will. Naturally, Dorian wants to get it back, and there are people who are willing to help him do that , but of course all of them have a hidden agenda. In the meantime, Dorian is witness to a rash of what appears to be brief demon possessions. When one hits really close to home, and decides to linger on for awhile, Dorian must pull out all the stops to figure out what is going on and why. Of course, Julian and the mayor figure prominently in the story too, as the campaign heats up and the usual political mudslinging gets out of hand.

I am so happy to say this book was just as good as the first one, actually a little better. The first book lays down the ground work introducing us to the main players and is the segue way into the series as a whole. This second book gave a clearer picture of Dorian, and while I was not all that fond of his attitude much of the time in the first book, I have seen some marked improvements in this second installment.

“Carmody stared at me from under his hat. I brandished the vial. ' You don't think I'll do it?'

'I think you're not ready to murder someone. And I think beneath this finely crafted veneer of sarcasm is decent man who still thinks the good guys ought to beat the bad guys when the show's over and the credits roll'”

This book has non-stop action and suspense, a cleverly crafted plot with interesting descriptions of Dorian's work, as well as the introduction of some new characters I think will add some sexual tension and maybe a little romance to the story in the future. There is a lot going on here, so be sure you have put aside a little time for this one, because once you start the book you will not want to put it down until you have finished it. Yep, I read it one sitting!

4.5 rounded to 5
Get your copy here: http://www.amazon.com/Curse-Servant-Dark-Choir-Book-ebook/dp/B00QEQN1XC/ref 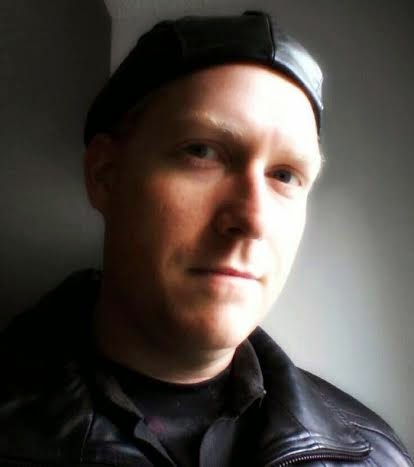 J.P. Sloan is a speculative fiction author … primarily of urban fantasy, horror and several shades between. His writing explores the strangeness in that which is familiar, at times stretching the limits of the human experience, or only hinting at the monsters lurking under your bed.

A Louisiana native, Sloan relocated to the vineyards and cow pastures of Central Maryland after Hurricane Katrina, where he lives with his wife and son. During the day he commutes to the city of Baltimore, a setting which inspires much of his writing.

In his spare time, Sloan enjoys wine-making and homebrewing, and is a certified beer judge.
Posted by gpangel at 1:00 AM