A Small Indiscretion by Jan Ellison- A Book Review 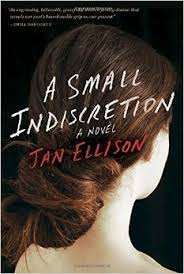 Fans of Everything I Never Told You and The Girl on the Train will devour this page-turning literary debut about a harrowing coming-of-age and a marriage under siege from O. Henry Prize winner Jan Ellison.

At nineteen, Annie Black abandons California for a London winter of drinking to oblivion and looking for love in the wrong places. Twenty years later, she is a happily married mother of three living in San Francisco. Then one morning, a photograph arrives in her mailbox, and an old obsession is awakened.

After a return trip to London, Annie’s marriage falters, her store floods, and her son, Robbie, takes a night-time ride that nearly costs him his life. Now Annie must fight to save her family by untangling the mysteries of that reckless winter in Europe that drew an invisible map of her future.

With the brilliant pacing and emotional precision that won Jan Ellison an O. Henry Prize for her first published story, A Small Indiscretion announces a major new voice in suspense fiction as it unfolds a story of denial, obsession, love, forgiveness—and one woman’s reckoning with her own fateful mistakes.

A Small Indiscretion by Jan Ellison
My rating: 4 of 5 stars

A Small Indiscretion by Jan Ellison is a 2015 Random House publication. I was provided a copy of this book by the publisher and Netgalley in exchange for an honest review.

This is certainly an interesting examination of humanity and how mystifying people can be, of how the consequences of our actions from the past and the present can impact not only ourselves but those closest to us.
Annie has been married to Jonathan for over twenty years and is the owner of a lighting store that specializes in one of a kind fixtures, something akin to art, and Jonathan is a doctor. They are settled in San Francisco, are successful, content, have a solid marriage, 3 healthy children, but Annie suddenly makes a choice that will upend every single bit of that. Before she and Jonathan can come to terms with Annie's disclosure, their eldest son, Robbie, is critically injured in an automobile accident.

While Robbie lays recovering, mostly in a medically induced coma, Annie writes out her life story for him and this is the manner in which the story is told. To understand how we all got to this fork in the road, we must revisit Annie's past, her strained relationship with her father, and a six month stay in London when she was in her early twenties. The choices she makes in this short span of time, the people she surrounds herself with, will come back to haunt her in ways she could never have anticipated.

During the late 1980's , the young and naïve Annie falls in love with Patrick, a man who is sleeping with the wife of Annie's boss, Malcolm. In turn, Malcolm wants to sleep with Annie, and even has permission from his wife to do so. Sounds sort of like potboiler doesn't it? All of these bizarre entanglements will end abruptly and Annie immediately meets, then becomes involved with Jonathan and starts an entirely new life. But, for some reason, she has never gotten Patrick out of her system. So, when she receives a picture of him in the mail, it sparks an unexplainable longing in her.

At around the time Annie received the anonymous photo of Patrick, a young woman from London who calls herself “Emme” (pronounced like the letter M) arrives in San Francisco and begins working in Annie's lighting store. This puts her in contact with Robbie who is smitten with her. However, on the night of Robbie's car crash, Emme, who was in the car with him, but suffered no injuries, promptly disappears.

This is an incredibly absorbing story even if it's somewhat predictable at times, since it's fairly easy to guess where most of this is headed. Frankly, I thought Annie was an enigma. Why on earth did she do the things she did? I thought she was very self-absorbed and her moral conscience was questionable. I'm trying to recall a single time when she actually apologized for her actions, past or present. She was unemotional, flippant at times, such as when Jonathan decides they need some distance between them, she seemed genuinely surprised, as though HE was overreacting.

What did I take away from the story? That is a good question. I suppose the reader should feel uplifted or relieved that despite all the self inflicted problems and the issues out of anyone's control , things somehow worked themselves out, for the most part. Although Annie can never recapture what she once had, she is given a second chance giving us a feeling of hope that contrast sharply with all the darker aspects of human nature we just read about. A deep rooted foundation can be built upon with love and forgiveness , and even though it will be different and new, the most important pieces are still in tact.
I was not sure how to feel about this story and after sleeping on it, I still don't know what to feel. However, the story is written with beautiful prose, does evoke strong emotions, and is thought provoking, which counts for something in my book. 4 stars


Get your copy here: 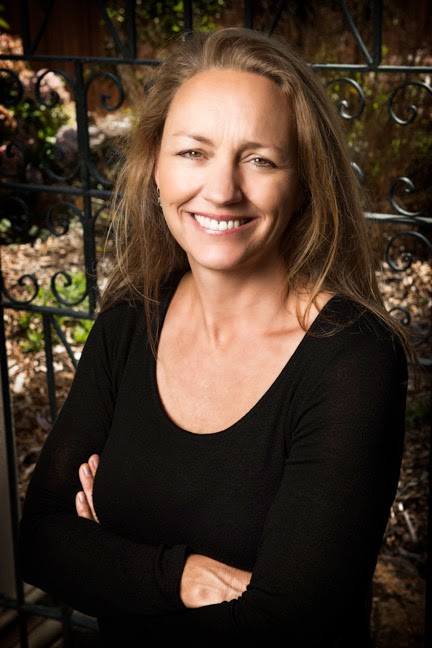 Jan Ellison lives in the San Francisco Bay Area with her husband of twenty years and their four children. Jan’s first published short story won a 2007 O. Henry Prize. Her work has also been short-listed for the Best American Short Stories and the Pushcart Prize. After her children were born, she spent seven years taking classes at San Francisco State and finally earned her MFA.

Jan had a brief career in her twenties at a Silicon Valley startup, marketing risk management software to derivatives traders. The company went public, Jan became a mother, and instead of leaning in she leaned out, became a stay-at-home mom, and began to write.

Before that, Jan abandoned a job in investment banking before she even started it to spend two years waitressing in Hawaii, temping in Australia, and backpacking through Southeast Asia. Her college days were spent at Stanford, where she earned a degree in History, but wishes it was in English. She left Stanford for a year at nineteen to live on a shoe-string in Paris and work in an office in London. She scribbled notes on yellow legal pads, and years later those notes provided the inspiration for her debut novel, A Small Indiscretion, published this January by Random House.

Jan grew up in Tujunga, California, in a house made of river rock and timber.