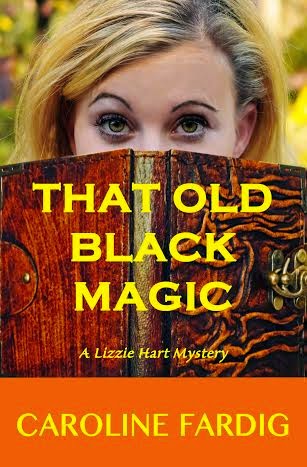 THAT OLD BLACK MAGIC is the second book in THE LIZZIE HART MYSTERIES series. It is the sequel to Caroline Fardig’s bestselling debut novel, IT’S JUST A LITTLE CRUSH.

Please feel free to use as much or as little of this info as you would like. Buy links will be emailed to you at a later date, when they become available.


Taglines:
Lizzie Hart is back—snooping, lying, and chick-fighting to uncover the truth, hoping not to break any hearts along the way…especially her own.

That Old Black Magic…will it put Lizzie under its spell?


Book Description:
Lizzie Hart hoped her first day back at work after nearly being killed would be uneventful. No such luck. Before she can finish her morning coffee, Lizzie and her co-workers find a dead body on the rooftop of their office. Media vultures that they are, the Liberty Chronicle employees are psyched to have first-hand news to report. Lizzie, however, is devastated when she realizes that the victim is her ex-boyfriend’s brother.

When evidence begins piling up against one of Lizzie’s friends, she reluctantly dons her detective hat once again, determined to find the real killer. She’s not thrilled about chasing another psychopath around, but she’ll do anything for a friend. Lizzie’s love life is rapidly becoming a hot mess, too. Her latest attempt at sleuthing isn’t leaving much time for her budding romance with town hunk Blake Morgan. Add that to the fact she’s hiding a secret so big it could rock the very core of their relationship, it’s no wonder that Lizzie’s in a tizzy.

Poor Lizzie ends up juggling a murder investigation, a wacky Wiccan coven, and two men vying for her attention—all while nursing injuries left over from the last time she decided to play Nancy Drew. It’s a good thing she always has a few tricks up her sleeve.

That Old Black Magic by Caroline Fardig
My rating: 4 of 5 stars

That Old Black Magic by Caroline Fardiq is a 2014 publication. I was provided a copy of this book in exchange for an honest review.

This is the second Lizzie Hart Mystery and picks up pretty much where the first book- “It's Just a Little Crush” left off.

Lizzie is recovering from a nasty fall down a flight of stairs after being the target of a murderer. She has been away from work for a while and is nervously anticipating the first day back at the Liberty Chronicle. But, Lizzie's return is quickly overshadowed when a dead body is discovered and it turns out to be her ex-boyfriend's brother. Although, Lizzie is with Blake now, and is positive he is “the one”, she feels like she owes Lee a few favors for how things ended between them. So, she sets out to discover who murdered his brother, despite Blake's protestations and the strain it puts on their new relationship.
It is quickly determined that the victim recently had a break up with a woman who is a member of a coven of Wiccans. She is the prime suspect, but Lizzie has her doubts, so she decided to infiltrate the coven. In the meantime a spate of kidnappings most certainly are related to this case and Lizzie's friends could be next.


Lizzie is a just a riot. She is hobbled all through the story by a boot she has to wear on her leg and I could just see her trying to pull off some of her stunts wearing the big bulky thing on her leg. The mystery is light, with a few crazy twist and turns and outlandishly bold capers Lizzie, Blake and the gang try to pull off in order to find out the truth.
Getting equal air time is Lizzie's complicated relationship with Lee and Blake. Lee and Lizzie have a past and it left Lizzie with a some heavy baggage she has left to unpack. But, we do see she makes some progress in that area as she begins to see some things about herself she needed to improve upon. So, while the grand HEA is still unsettled I was pleased with Lizzie's progress. I did however, miss Lizzie's cantankerous cat who only had an honorable mention in this one. However, I do hope this author is at home typing away furiously on the next installment in this series, because I know that despite Lizzie's determination to avoid anymore trouble, trouble will find her none the less. 4 stars 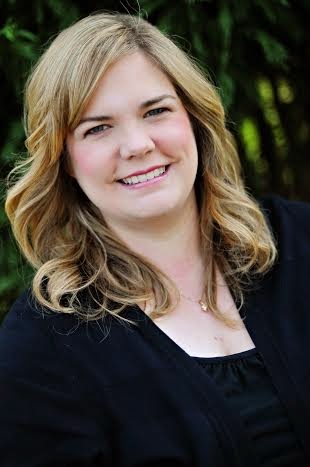 CAROLINE FARDIG was born and raised in a small town in Indiana. Her working career has been rather eclectic thus far, with occupations including schoolteacher, church organist, insurance agent, funeral parlor associate, and stay-at-home mom. Finally realizing that she wants to be a writer when she grows up, Caroline is currently hard at work churning out more novels in the LIZZIE HART MYSTERIES series. She still lives in that same small town with an understanding