If the Viscount Falls by Sabrina Jeffries- A Book Review 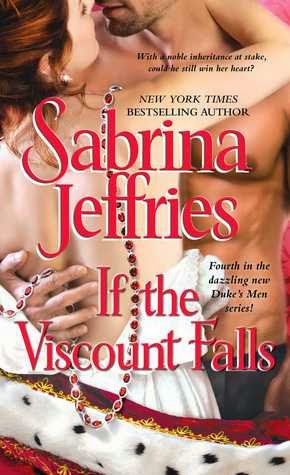 The heir presumptive to the Viscount Rathmoor, Dominick Manton once had his heart’s desire within reach—a bright future as a barrister and engagement to Jane Vernon, a wealthy baron’s daughter. Then a shattering betrayal by his vindictive brother George snatched away Dom’s inheritance and his hopes of offering Jane a secure future. Brokenhearted, and attempting to end their engagement without destroying Jane’s reputation, Dom staged a betrayal of his own to convince her that he’s not the husband-to-be that she thought.

Now George is gone and the viscountcy restored to Dom, since his brother’s widow, Nancy—Jane’s cousin and closest confidant—never bore an heir. But when Nancy goes missing, a panicked Jane calls on her former fiancé to track down her cousin. Dom knows the mistakes of the past may be unforgiveable—but now, entangled together in mystery and danger, will they rekindle a passionate longing that was never lost to begin with?

If the Viscount Falls by Sabrina Jeffries
My rating: 5 of 5 stars

If the Viscount Falls by Sabrina Jeffries is a 2015 Gallery Books publication.

What a wonderful historical romance! I couldn't put this one down.

Jane was engaged to be married to the future Viscount Rathmoor, Dominick Manton. However, when Dominick's fortunes turn he decides that it is best if he calls off the engagement, for Jane's benefit. So, a scheme was devised by Dominick so that Jane would break off the betrothal, thus leaving her reputation in tack.
But, what Dominick thought was best for Jane, actually caused her more pain and years of living as a lonely maiden. Now, twelve long years later, Dominick will finally gain the title of Viscount and a fortune with it, but Jane has finally accepted a marriage proposal from another man, so that was that. But, when Jane's cousin, Nancy disappears she enlist Dominick to track her down, convinced that something is awry. In the process of looking for Nancy, Dominick and Jane have the chance to finally clear the air between them. So, are they still in love after all these years, or is it too late?

“That's what happens, Dom, when you play the puppet master. People aren't puppets. People make decisions on their own and behave as they will. You can set a plan in motion, but as soon as it involves people, it will rarely commence exactly as you wish.”

Sabrina Jeffries is one of those authors I can count on to deliver the goods. This one was no exception.
Dominick's arrogance, and lack of faith in Jane, lead her dub him “Dom the Almighty”. Naturally, Dom presumed way to much about what was best for Jane and horribly misjudged Nancy's character as well. But, he learns some very important life lessons as a result. However, Jane too learned there was more to the story than met the eye and she did understand some of Dominick's reasoning, even if she still didn't agree with him. The mystery of Nancy's disappearance was baffling since we didn't know if she had a lover, if she was pregnant, (which would have canceled out Dominick's Viscount title), or if she was in danger.

The banter between Jane and Dominick was smart , sharp, and highly entertaining. The chemistry is scorching hot between these two, despite past hurts. There was no doubt in my mind these two belonged together, it was just so sad that they lost twelve years together. Their story was a little more sexy, perhaps because they had been apart so long and were finally acting on what they had been denied all those years ago. Either way, they seem unable to keep their hands off each other.
I loved the secondary characters too, all of whom were charming in their own right. The mystery in this one was also pretty suspenseful with that “race against time” feeling, and I happen to love historical mysteries, which is also why I am partial to this series, so for me this one was a winner all around. 4.5 – rounded to 5. 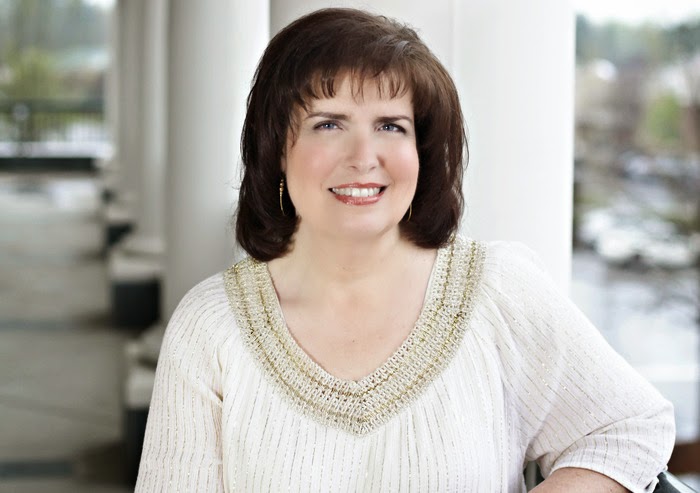 Sabrina Jeffries is the NYT bestselling author of 39 novels and 10 works of short fiction (some written under the pseudonyms Deborah Martin and Deborah Nicholas). Whatever time not spent writing in a coffee-fueled haze of dreams and madness is spent traveling with her husband and adult autistic son or indulging in one of her passions—jigsaw puzzles, chocolate, and music. With over 7 million books in print in 20 different languages, the North Carolina author never regrets tossing aside a budding career in academics for the sheer joy of writing fun fiction, and hopes that one day a book of hers will end up saving the world.