The Schwarzschild Radius by Gustavo Florentin- Spotlight and Review + Giveaway 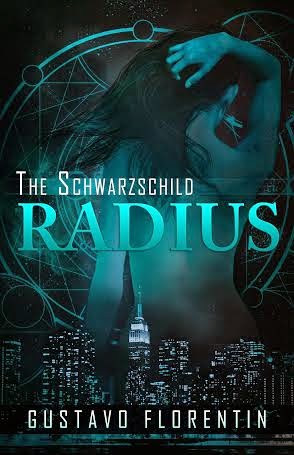 ​ This book deals with issues of pornography and pedophilia.​
)

Rachel, an 18-year-old Columbia University student descends into the netherworld of runaways and predators to find her sister, Olivia, who has suddenly disappeared. After getting a job in a strip joint where Olivia worked, then doing private shows in the homes of rich clients, Rachel discovers that Olivia has been abducted by a killer who auctions the deaths of young girls in an eBay of agony. As she closes in on the killer who has taken Olivia, Rachel becomes his next target.

The Schwarzschild Radius by Gustavo Florentin
My rating: 5 of 5 stars

The Schwarzchild Radius by Gustavo Florentin is a 2014 Curiosity Quills publication. I was provided a copy of this book in exchange for an honest review.

I had no idea what this book would be like when I started reading it. So, I was totally taken by surprise by this book.

Rachel's adoptive sister Olivia has gone missing. When Rachel discovers what has happened to her, she sets out to find her, which means working undercover on the fringes of the sex trade and putting herself in incredible danger. Getting close to these scumbag pedophiles in the only way to locate Olivia. The depravity of some people is accurately depicted and eye opening since I live in my plain vanilla world untouched by this kind of life. I do advocate more attention being drawn to the sex slave industry and the more the spotlight shines on it, the more we can educate and raise awareness. But, this book is not a preachy sermon. It doesn't have to be. Young women being brutally tortured and raped, bought, sold, exposed to disease, and murdered for entertainment purposes is enough to turn your stomach and then some.

Rachel is a character who is super smart with a huge college load who gets fed up at how slowly the wheels are churning in the hunt for her sister and decides she will need to take matters into her own hands, thus beginning a dangerous game that puts her at risk on a number of levels. Rachel has many close calls and the suspense ratchets up to a fever pitch before all is said and done. Rachel's friend Joules is a big help to her as well as technology itself, although it has it's flaws and is a double edged sword. A determined detective is also on the case, but the monsters they are dealing with are a formidable opponent and the odds are not in their favor.

To say this story is dark is an understatement. It's very graphic and violent and holds nothing back. If brutality toward women, rape, or the sex industry bothers you, which of course it does, but if you can't handle hearing about it or reading about it, then this book is not for you. Now, that I have given you sufficient warning, these scenes do not dominate the entire story. In fact the worst of the graphic violence is only described a few times. The main focus is on Rachel and her fly by the seat of her pants investigation. Talk about thinking fast- Rachel was once sharp cookie even if she was out of her element. However, she's not perfect, she makes mistakes and pays dearly for them.

The “Webmaster” is one of the most diabolical villains I've encountered recently. The identity of this person is not one you will guess, adding yet another layer of unbearable suspense.

So, while the subject matter here is a difficult one, I thought the author did an outstanding job of keeping the pace even, building suspense, cleverly plotting, and giving us an all out heart stopping climax.
I recommend this to those who enjoy dark, gritty, super creepy realistic fiction with tense edge your seat suspense. 4.5 rounded to 5 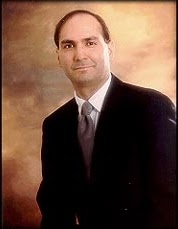 Gustavo Florentin was born in Queens, New York and received a bachelor's degree in electrical engineering from the Polytechnic University of New York. He spent a decade in the defense industry working on the F-14 fighter jet and classified electronics projects. After the fall of the Soviet Union, many thought America wouldn't need weapons anymore, so while others waited for the peace dividend, he moved on to the financial sector in New York where he is currently a network engineer. His passions include violin, travel to exotic places and exploring worldwide conspiracies. He lives in New Jersey where he is working on his third novel. His thriller, In the Talons of the Condor, won the following awards: