The Escape by Mary Balogh - A Book Review

BOOK BLURB:
Six years after being severely wounded in the Peninsular Wars as a cavalry officer, and three years after leaving Penderris Hall in Cornwall, where he had stayed with his fellow Survivors during his long road to recovery, Ben finally admits to himself that he will never be able to walk properly again or resume his old way of life. But he feels adrift. Although he is a wealthy man and owns a profitable estate, his brother has been running it for him with great efficiency and Ben cannot summon the will to oust his brother and family. The trouble is, though, he does not know what else he is going to do with his life. He decides to spend some time with his married sister in the north of England while he makes some plans and decisions.Samantha McKay is a recent widow. Her husband died after suffering for several years from battle wounds, and she is feeling drained and empty, for he would allow no one to nurse him but her and he was a demanding patient. It does not help that her sister-in-law has recently come to live with her and has very strict ideas on what is proper—and improper—for a widow to do. And the sister-in-law is fully backed by her autocratic father, who lives far away in the south of England but who nevertheless owns the house in which Samantha lives.

Ben and Samantha meet for the first time when he is out riding and jumps a hedge, narrowly missing coming down on top of her after she and her dog have left the confines of her own park, unknown to her sister-in-law. It is not an auspicious beginning to their relationship, though later they forge something of a friendship, cut short when Ben fears to embroil her in gossip and possible scandal. But her father-in-law judges her unfit to live without male supervision anyway and summons her south to live with him. Samantha chooses rather to escape to Wales, where she owns a dilapidated hovel of a cottage left her by her mother, though she has never seen it. Ben, the only one in whom she confides plans, insists upon escorting her there. And so they escape together into a new world and a new life with new discoveries and challenges and possibilities—and new temptations.

The Escape by Mary Balogh
My rating: 5 of 5 stars

The Escape by Mary Balogh is a 2014 Dell publication. I was provided a copy of this book by the publisher and Edelweiss in exchange for an honest review.

After being just a tiny bit disappointed in the last Survivor's Club novel, this third book in the series gets back on track in a big way.
Benedict ( Ben) Harper and Samantha McKay are both scarred by the Peninsular Wars, but in different ways. Ben has finally accepted he will never be the virile, active man he once was after being wounded. He knows he will always be a “cripple” and now he must adjust to his handicap and start living his live accordingly.
Samantha is a young widow, who spent five long years tending to her wounded husband, a man who was so suffocating his death should have been a relief, but now she is still imprisoned by his family who insist Samantha stay in deep mourning. Her dour sister- in- law insist Samantha wear thick black widow gowns and she is never to leave the house , even to walk among the small gardens, and she can never ever go anywhere alone.
But, a hilarious chance meeting between these two lonely souls and a cute dog, will set them on a course they never imagined.

I could literally feel Samantha's restlessness. Good grief! She is still very young and longs to exercise, ride horses, walk her impish dog, Tramp, and live life to it's fullest. However, she is not allowed to even breath because of her husband's family and she is still dependent upon them at the moment. But, the safe friendship she develops with Ben causes her to finally stand up for herself.

Ben is horribly embarrassed by his first encounter with Samantha. Offering her his sincere apology and with her understanding of his handicap Ben thinks that as a widow, Samantha is “safe” company. He soon finds himself embroiled in her personal life and realizes too late she is hardly a “safe” companion as the two embark on an adventure together, one which will be enlightening, heartwarming, educational, and very romantic and sensual.

I was so happy to see this couple close the door on war and it's ugly effects on their lives and open a new door filled with hope, peace, and most of all love as they begin a new journey in life together.

Mary Balogh is an author I can count on to write a story with depth and not only sensuality, but with romance, which is something I miss sometimes these days. These characters faced horror and grave adversity, but had the courage to change the path they were on and were rewarded greatly as a result. This is a very sweet and emotional story, deeply moving and just plain good.
5 stars 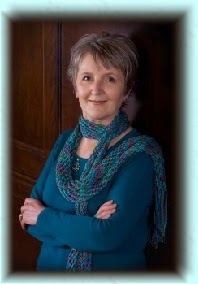 Mary Jenkins was born on 1944 in Swansea, Wales, UK. After graduating from university, moved to Saskatchewan, Canada, to teach high-school English, on a two-year teaching contract in 1967. She married her Canadian husband, Robert Balogh, and had three children, Jacqueline, Christopher and Sian. When she's not writing, she enjoys reading, music and knitting. She also enjoys watching tennis and curling.

Mary Balogh started writing in the evenings as a hobby. Her first book, a Regency love story, was published in 1985 as A Masked Deception under her married name. In 1988, she retired from teaching after 20 years to pursue her dream to write full-time. She has written more than seventy novels and almost thirty novellas since then, including the New York Times bestselling Slightly sextet and Simply quartet. She has won numerous awards, including Bestselling Historical of the Year from the Borders Group, and her novel Simply Magic was a finalist in the Quill Awards. She has won seven Waldenbooks Awards and two B. Dalton Awards for her bestselling novels, as well as a Romantic Times Lifetime Achievement Award.
Posted by gpangel at 12:00 AM