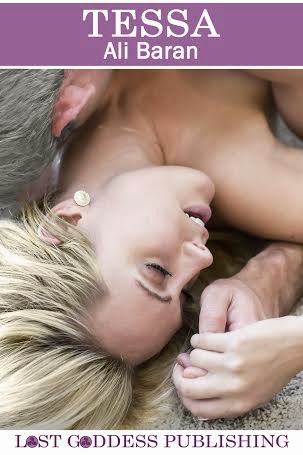 Years of wisdom have taught Randal that it’s not the destination but the journey that makes everything worthwhile. When the tentative friendship between silver fox Randal and young Tessa bursts into lust, it ignites a passionate affair that leaves them both trembling. There’s nothing more fulfilling than a beautiful woman in the arms of a man who can appreciate everything she has to offer.

As Randal embarks on a second career and Tessa is preparing for her chosen field, Randal’s daughter flounders in a sea of depression. When Randal’s love for his daughter is pitted against his love for Tessa, can there be a winner?


In the water, Randal didn’t act like an invalid. Those piercing blue eyes sparkled and his body was ripped, better any guy Tessa had dated. The man was damn sexy, and in the week she’d known him, she’d grown to like him—maybe too much. Way too


much. Aside from a few thin, pink scar lines over his knees, no one would have believed he was living in a wheel chair.


He trapped her against the side of the pool and held her prisoner between his arms.


She turned and faced him. Now she stared into those beautiful blue orbs and caught the grin that crinkled the skin at the outer edges of his eyes. “You have the most beautiful eyes I’ve ever seen.”


“And you have a beautiful body.”


She inhaled as he drew himself nearer. His breath flowed over her face. She closed her eyes and she prayed he’d kiss her.


A finger touched her jaw, and she opened her eyes. He was inches from her with a warm smile on his face. Heaving in a deep breath, she hoped to cool the sensation building in her, but she couldn’t stop it. She tried to imagine his lips on hers. His finger traced her entire face, including her lips. She parted her mouth and touched her tongue to his roaming finger.


She cast her gaze toward his trunks but she couldn’t stop the grin that was pulling on the edges of her lips.


His finger went down her neck and followed the edge of her bikini top. Her chest rose with his touch. Heat flowed through her, settling between her legs. She had never been one to have casual sex, but she was not a virgin. Right now, she wanted fulfillment. She tried to tell herself that older men weren’t usually capable of sexual intercourse, but somehow she figured this man was quite capable. His fingers splayed over her breast. And a moan escaped from someplace deep in her throat. She wanted to wrap her legs around his waist and pull him closer to her.


She pushed past him and headed for the stairs. She had to get a grip on her feelings because inside she felt as though she was about to shatter into a million pieces.


He followed her. “Tessa, I’m sorry if I’ve offended you. I meant no harm.”


She turned and touched her fingers to his lips. “We’re adults.”


“Don’t leave. I won’t do it again. But seeing you has awakened something inside of me.”


“Yeah. I know that feeling.” She walked up the stairs and found a towel before turning back to him. “Do you need help getting out?”


“No, not yet. I need to swim some more. I try to swim every morning that I don’t have therapy. You just aren’t here. So to answer your question, yes, I can get in and out by myself.”


She settled onto a chase lounge and watched him in the water. He was as graceful as a dolphin as he swam lap after lap. She couldn’t help but admire his body. Even his legs had beautiful muscle definition. Inside, she still quaked. There was something about him—something dangerously sexy, and she felt it to her toes.


After another twenty minutes or so, he pulled himself out of the water and onto his wheelchair. Silver hair was plastered to his chest, legs, and arms. The navy blue trunks left little to the imagination.


“Of course. But I’m not supposed to be on my feet. Actually, it hurts like hell, which is why my daughter hired you. I tried to do too much too soon, then wound up falling and doing more damage. That set me back a few months, as I had to have another round of surgery. His hands gripped the outer wheels of his chair, and he headed toward the house.


He shot her a wicked grin. “Not unless you want to help me get naked.”


He rolled to where she was sitting and grabbed her foot. “I didn’t think you were.”


His fingers caressed the bottom of her feet, and she attempted to stifle another moan. “I’m not a toy.”


His hands made their way further up her legs, massaging each little inch of flesh. Slow and gentle, it felt wonderful. He inched higher, and she put her hand down to stop him. He captured her hand in his and began to tenderly knead each finger, then her palm.

She swallowed and closed her eyes. Her very fiber was being torn apart. Part of her told her to stop him, and the other part greedily wallowed in his sexual attention. The self-indulgent part was winning. Heat swirled through her system and caused her nipples to bead. Then she felt his lips on her palm. She squirmed when her labia twitched. His lips made their way up her arm to her neck. Tiny kisses, little nips, and an occasional swirl of his tongue graced her skin.

Ali Baran is a vacation addict and a collector of bathing suits. She’s an end-user software programmer by day and on the prowl for Mr. Wonderful after hours. Since she hasn’t found him, she decided to create him.