Deadly, Calm and Cold by Susannah Sandlin- A Book Review 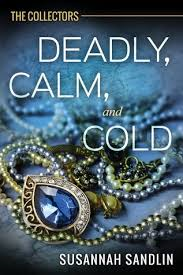 From award-winning author Susannah Sandlin comes the second book in The Collectors series.

How far will ordinary people go to protect their secrets? The Collectors’ games are as much about manipulating lives as finding lost treasure. Everyone is expendable as the ruthless C7 pushes people into gambling with their lives in order to find priceless objects lost to history.

Samantha Crowe’s secrets could ruin her career, while Brody Parker’s could get him killed. They become pawns for two Collectors seeking Bad King John’s crown jewels, which disappeared in rural England back when Robin Hood roamed Nottingham. This time, however, the Collectors—a ruthless dotcom billionaire and a desperate London detective—might not be playing for the same team, leaving Sam and Brody trapped in the middle. 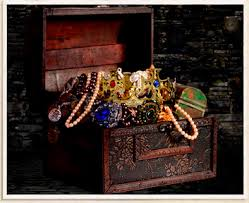 
One thing’s for sure: if either hopes to survive, Sam and Brody will have to find a way to overcome their distrust—and their growing attraction—in order to succeed on this winner-take-all treasure hunt.

Deadly, Calm, and Cold by Susannah Sandlin
My rating: 5 of 5 stars

Deadly, Calm, and Cold by Susannah Sandlin is a 2014 Montlake publication. I was provided a copy of this book by the publisher and Netgalley in exchange for an honest review.

This is book two in the collectors series but if you haven't read the first book, no worries! You will have no trouble jumping into this one since it reads like a stand alone.

Samantha finds herself in a real jam after a brief romantic encounter turns into a life and death situation. Samantha's research on King John's lost crown jewels has caught the attention of a group of deadly daredevils who call themselves C7. These men are deadly, wealthy, powerful and love to play games with peoples lives for fun and profit. If Samantha's research is correct, she could lead them to the centuries old lost treasure. Once they have what they want, Samantha would be collateral damage.

Brody is in what amounts to the witness protection program and is making adjustments living outside of the states. When he spots a girl with amazing green eyes and an American accent, he is intrigued. When he discovers she is out to find a lost treasure, he is commissioned by a rogue member of C7 to keep her from succeeding.

This throws the two secretive people together, both going by assumed names, both with terrible and painful past, and both swearing off the opposite sex for personal reasons. However, there is a spark between them that is becoming more and more difficult to deny. Can they learn to trust one another in order to get themselves out this serious life or death, cat and mouse game they are caught in?

I really enjoyed this fast paced adventure full of intrigue, double crosses, and plot twist and of course a healthy dose of romance on the side. The author did a good job of incorporating Brody and Samantha's past into the story without losing momentum. The story starts off strong and maintains an even pace through out that kept me turning pages. I admit I wasn't all that knowledgeable about the history of the lost crown jewels and found myself doing a few quick internet searches to find out more. Very interesting. Beware: You could find yourself reading past your bedtime with one. Over all this one gets 4.5 stars rounded to 5 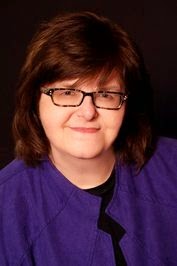 Susannah Sandlin is the author of paranormal romance and romantic suspense, often set in the Deep South, where there are always things that go bump in the night! A journalist by day, Susannah grew up in Alabama reading the gothic novels of Susan Howatch, and always fancied herself living in Cornwall (although she’s never actually been there). Details, details. She also is a fan of Stephen King. She is the author of the Penton Legacy series (REDEMPTION, ABSOLUTION, OMEGA, ALLEGIANCE), The Collectors series (LOVELY, DARK, AND DEEP and DEADLY, CALM, AND COLD) and the standalone novel STORM FORCE.