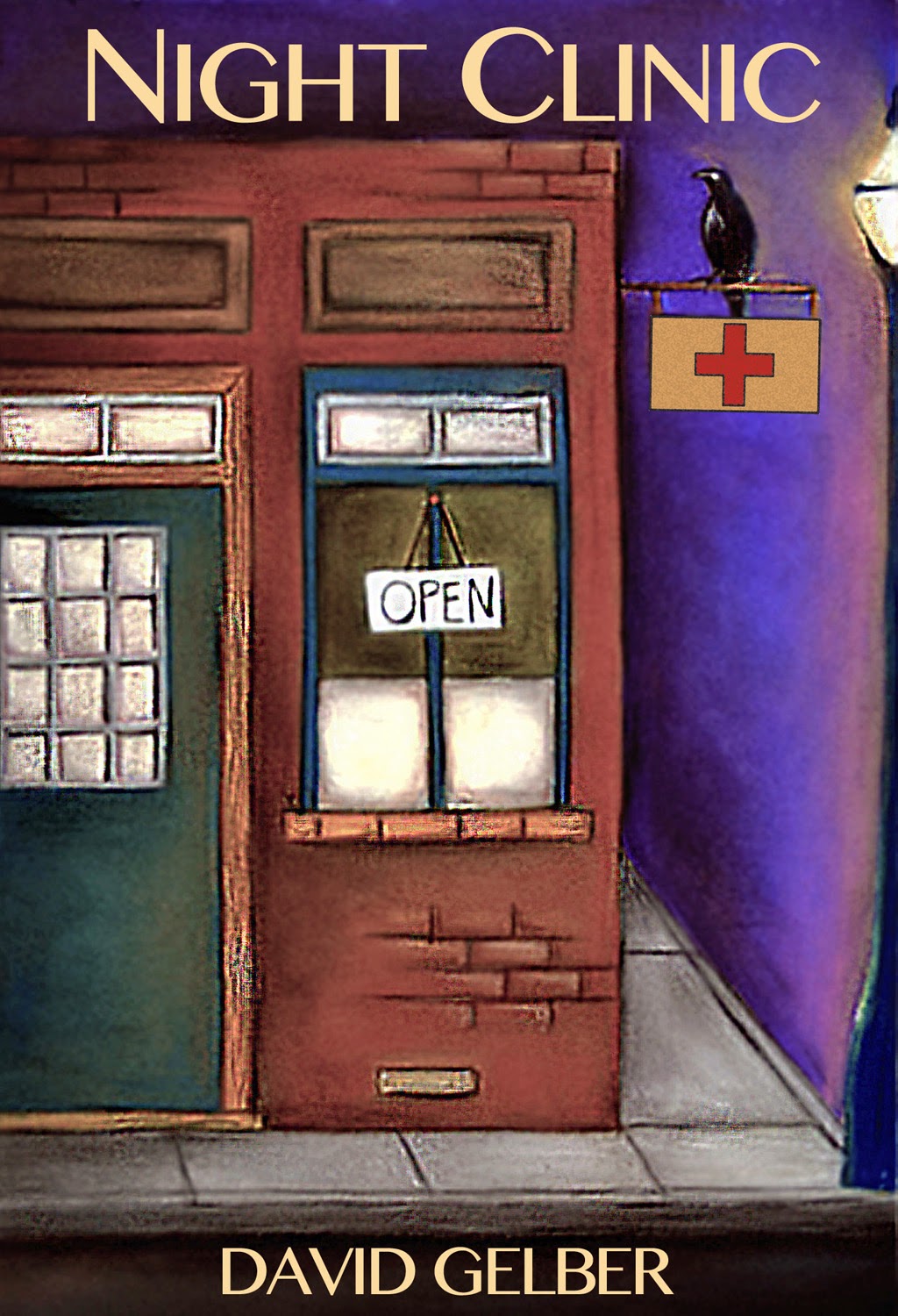 "Night Clinic" is a collection of short stories which tell the unusual events which occur at the free clinic attended by Dr. Barnes and Nurse James. Monsters, magical beasts, villains along with ordinary folks come to the clinic looking for health and hope.

"Night Clinic" is a unique melding of medicine and magic.

“Speaking of bizarre and crazy, you are aware that the Interga¬lactic Convention is in town again? Star Trek, Star Wars, and every other outer space franchise all together. So I’m sure we’ll get our share of phaser burns, blaster bruises, and transporter malfunc¬tions. Oh, and to get us off on the right foot, Derek is back with his annual ‘Trouble with Tribbles.’ I’ve left all the usual instruments in the room for you.”

“Not again,” I moaned. “You would think that after four, no five years, he would learn.”

I picked up the chart and gave it a careless glance. Before I saw the words I knew the problem. I walked into the exam room and saw Derek, a regular visitor, lying on his side on the exam table. Seated on a sterile tray were a rigid sigmoidoscope and a tenacu¬lum.

“Derek, we’ve got to stop meeting like this,” I scolded. “And think of the poor Tribbles. They’re supposed to be comforting, I know, but you’re just supposed to hold them.”

“I do hold them, Dr. Barnes; for a little while. But, the way they coo and vibrate and shake, the possibilities are endless.”

“I hope it’s as simple as last year,” I remarked.

I put on a glove and lubed up my index finger and checked up in Derek’s rectum. Sure enough there was a furry object vibrating just inside. Past experience told me not to try to grab it with my hand; it would just slip away. I greased up the scope and passed it into his rectum. Immediately I visualized a furry yellow ball which was shaking and making low Tribble noises. I reached in with the tenaculum and grabbed the object in its mid portion like a pro and pulled scope and tenaculum out with a single, gentle pull. The Tribble, which was a toy available at the convention, popped out.

“Just one this year?” I asked, although I already knew there would be more.

I repeated the routine, pulling out one purple and one red Trib¬ble, both larger that the first and still vibrating.

“I’ll dispose of these for you, Derek. And, please, stay away from Tribbles. You know they’re nothing but trouble.”

He gave a short grunt as I walked out of the exam room.

Night Clinic by David Gelber
My rating: 4 of 5 stars

Night Clinic by David Gelber is a 2014 Ruffian Press publication. I was provided a copy of this book in exchange for an honest review.

This book reminded me of an R rated Twilight Zone or maybe something along the lines of Tales from the Dark Side only set in a medical clinic.
This is the night shift and Dr. Barnes and his nurse, Miss James encounter the usual strange maladies that bring people running to the ER in the wee hours of the morning, but they also deal with a few creatures of the night as well as mythological creatures and super heroes and the like.

Each scenario examined is based on some kind of supernatural or paranormal like experience. The stories are told as though the good Dr and his attractive nurse joke about the full moon and the patients they encounter while working the same shift together. It would appear the Dr. Barnes attracts a certain element of people when he is on call.

I have to confess I was little taken aback by this collection of stories at first. I wasn't sure if was meant to be a funny, sarcastic, or darkly humorous, or if this was supposed to be a homage of sorts to “Weird Tales”. I think it's sort of all of the above. Again, in all honesty, there were a few stories I could have gone without as they were really too graphic and gross from my taste. I wondered if perhaps the author, who is a doctor, had perhaps put in too many hours and had begun to experience deliriousness while he was writing some of these stories. Sometimes the scenarios were just a little too over the top and the whole thing could have easily spun out of control. Occasionally, the detailed medical jargon became too technical and slowed the pace.

Alas, there does seem to be a method to this madness as I found myself actually starting to become concerned for some of these patients and some how or other a romance began to develop in the midst of all these strange occurrences, helping to tie the collective stories to together.

Kudos to the author for having such a vivid imagination and penning something totally unique and original which is something I am always on the look out for. 3.5 rounded to 4 stars 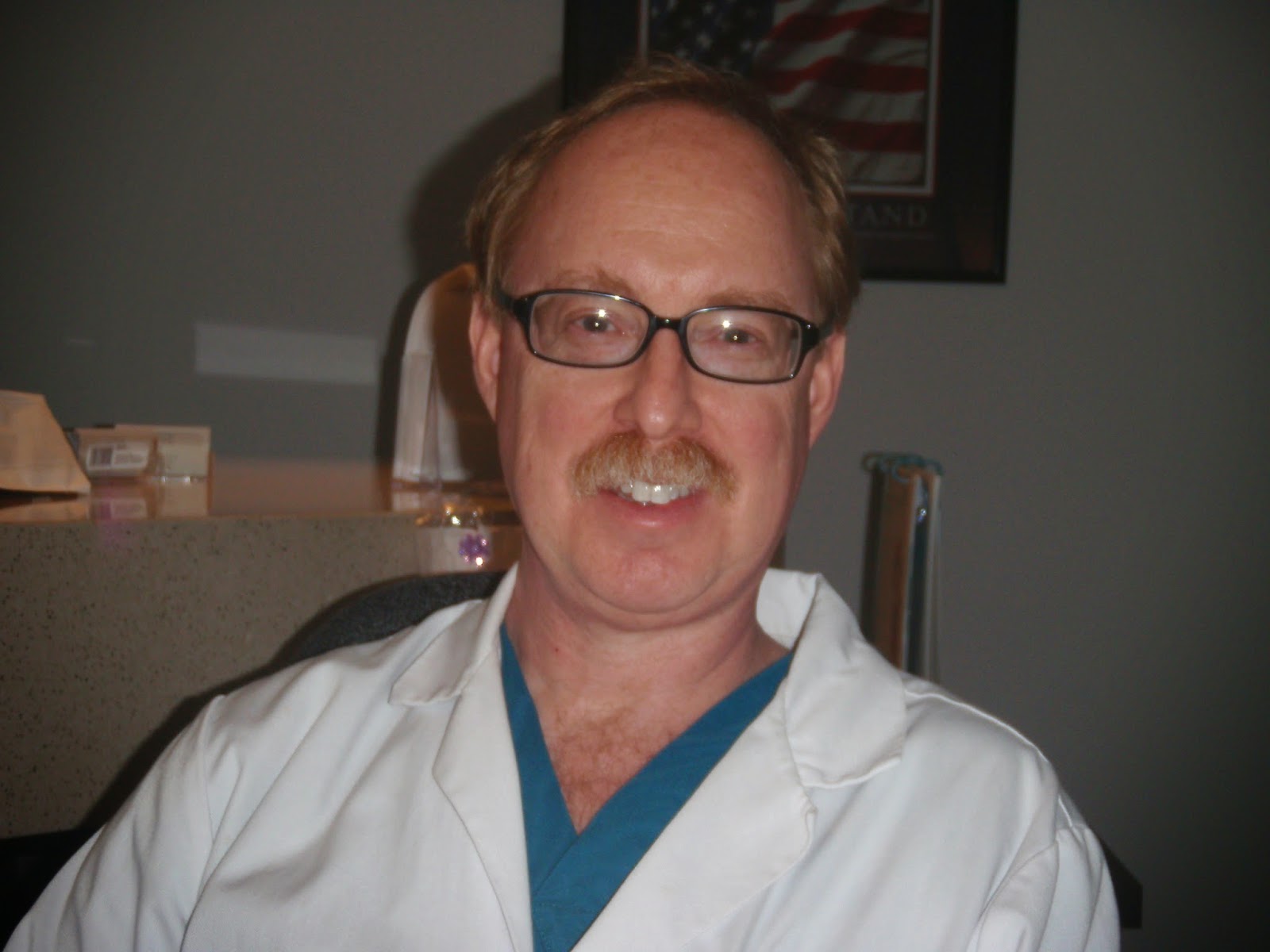 David Gelber, a New York native, is the seventh of nine sons and one of three to pursue medicine. He graduated from Johns Hopkins University in 1980 and went on to graduate medical school in 1984 from the University of Rochester.

He completed a residency in General Surgery at Baylor University Medical Center in Dallas, Texas, and Nassau County Medical Center on Long Island, NY, in 1989. Dr. Gelber now is in private practice in Houston, TX.

Gelber has been performing surgery for more than 25 years, but over the last few years he began to pursue his passion for writing, initially with his debut novel, "Future Hope", followed by its sequel “Joshua and Aaron.”

These were followed by two books about surgery “Behind the Mask” and “Under the Drapes.” The apocalyptic “Last Light” and historical fantasy “Minotaur Revisited” round out his published works, while numerous articles have appeared on his blog “Heard in the OR.”

He has been married to Laura for 28 years and has three college aged children. He and Laura share their home with five dogs and numerous birds.

Behind the Mask: The Mystique of Surgery and the Surgeons who Perform Them

Under the Drapes: More Mystique of Surgery

Heard in the OR (http://heardintheor.blogspot.com)