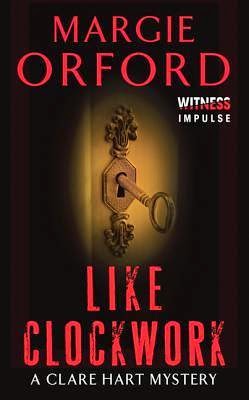 When a beautiful young woman is found murdered on Cape Town's Sea Point promenade, journalist and part-time police profiler Dr. Clare Hart is drawn into the web of a brutal serial killer. As more bodies are discovered, Clare is forced to revisit the brutal rape of her twin sister and the gang ties that bind Cape Town's dark crime rings. Is her investigation into human trafficking linked to the murders, or is the killer just playing a sick game with her?


Like Clockwork is a dark and compelling crime story that will thrill fans of Deon Meyer and Tess Gerritsen.

Like Clockwork: A Clare Hart Mystery by Margie Orford
My rating: 4 of 5 stars

Like Clockwork by Margie Orford – A Clare Hart Mystery is a 2014 Witness Impulse publication. I was provided a copy of this book by the publisher and Edelweiss in exchange for an honest review.

As Clare continues work on her documentary on human trafficking, a girl is found murdered right outside her own apartment building in Cape Town. Detective Reidwaan Faizal can think of no one better than Dr. Clare Hart to work up a profile on whoever is killing these girls. It soon becomes apparent there is a serial killer on the loose and that Cape Town has it's own dark underbelly -a human trafficking network, and Clare recognizes the pattern right away. But, can she and the detective discover the killer's identity before more girls are killed? Can they connect the murders to the trafficking ring?

This is a dark, creepy, atmospheric crime thriller with unique characters who each have their own set of person demons which, instead of hindering them, gives them an edge when dealing with crimes this heinous. Clare and Reidwaan have a relationship that goes beyond being partners in crime solving. This too is a complicated and I was never sure what was going on with those two.

The book starts off at a fast pace, but sometimes veared off course a bit, especially when dealing with some issues in Clare's personal life. Now, since this is a series and I have not followed along from the beginning, these passages were confusing to me. To those who have been reading in order, this may make sense to you.

The subject matter is gritty and there are interesting forensic details that kept me guessing and trying to work out who all was involved and in what way.
Human trafficking is a topic I feel does not get enough attention from the press or law enforcement. It is a chilling topic and I fear these crimes run rampant and what crimes are uncovered barely staunch the bleeding. So, I am always impressed when an author has the courage to broach such unpleasant subject matter.
So, this book may not be for folks who are uncomfortable with dark thrillers, graphic forensics, and chilling, lurid crimes because this one does not hold anything back.

Now that I have been introduced to the enigmatic Clare and detective Reidwaan I think I will make an effort to look up other books written by this author. - 4 stars 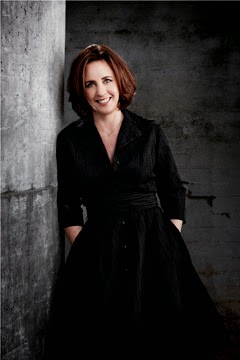 She was born in London and grew up in Namibia and South Africa, studying at UCT where she wrote her final exams in prison while detained during the State of Emergency. After travelling widely, she did an honours degree at UCT, then worked in publishing in the newly-independent Namibia, where she became involved in training through the African Publishers Network.

In 1999 she was awarded a Fulbright Scholarship and while in New York, worked on an archival retrieval project, Women Writing in Africa: The Southern Volume. She made her crime debut with Like Clockwork, which became a bestseller and was followed by a sequel, Blood Rose. Both crime novels will be published in Germany. A recent non-fiction project is Fabulously 40 and Beyond : Women coming into their own; her latest is Fifteen Men.
Posted by gpangel at 12:30 AM