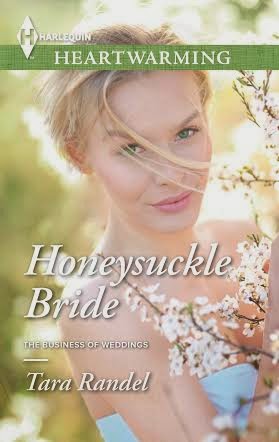 Relocating to the coast of Florida after becoming guardian of her best friend’s twin daughters could be the best move LA celebrity chef Jenna Monroe ever made. This is her chance to create a stable, loving home − something she never had. But can she be the mother the girls need?

Wyatt Hamilton thinks she can. The rugged charter boat captain, who came home to Cypress Pointe still grieving the death of his son, has faith in her. But the feelings he awakens in Jenna both exhilarate and frighten her. Because Wyatt no longer believes in forever... Unless she can convince him otherwise.

Heels tapping against the stone path drew his attention from the water. Wyatt turned, surprised and pleased to see Jenna walking his way. Pleased indeed.

She held out a bottle. “You left this behind.”

She lifted a quizzical brow.

“When my son died, I thought it would be easy to get lost in a bottle. You know, just forget.” He shoved his hands in his pants pockets and shrugged in an attempt to make light of the situation. “Funny thing is, I don’t really like to drink. So it never helped me not remember Jamie.”

“That was your son’s name? Jamie?”

“Yes,” Emotion clogged his throat. “You’d think after two years I could say my son’s name without getting choked up, but apparently not.”

“Every day with every breath.”

In the soft garden lighting, he saw Jenna’s rapid blinking. Was she fighting back tears? See, she got it.

“He was a great kid,” Wyatt went on. “Full of life. Loved adventure.”

“So Jamie wouldn’t want you to drown your sorrows in a bottle.”

“Probably not any more than your friend would want you to.”

“Carrie,” she said just above a whisper. “My friend’s name.”

Tara Randel is the author of 10 books. She has enjoyed a lifelong love of reading, especially romance and mystery genres, so it didn't come as a surprise when she began writing with the dream of becoming published. Family values, mystery and, of course, love and romance are her favorite themes, because she believes love is the greatest gift of all. Tara lives on the West Coast of Florida, where gorgeous sunsets inspire the creation of heartwarming stories, filled with love, laughter and the occasional mystery.

You can find out more about Tara at her website, www.Tararandel.com