Empire of Sin: Sex, Jazz, Murder, and the Battle for Modern New Orleans by Gary Krist- A Book Review 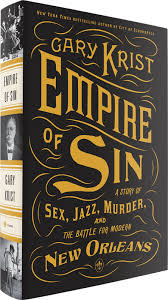 From bestselling author Gary Krist, a vibrant and immersive account of New Orleans’ other civil war, at a time when commercialized vice, jazz culture, and endemic crime defined the battlegrounds of the Crescent City


Empire of Sin re-creates the remarkable story of New Orleans’ thirty-years war against itself, pitting the city’s elite “better half” against its powerful and long-entrenched underworld of vice, perversity, and crime. This early-20th-century battle centers on one man: Tom Anderson, the undisputed czar of the city's Storyville vice district, who fights desperately to keep his empire intact as it faces onslaughts from all sides. Surrounding him are the stories of flamboyant prostitutes, crusading moral reformers, dissolute jazzmen, ruthless Mafiosi, venal politicians, and one extremely violent serial killer, all battling for primacy in a wild and wicked city unlike any other in the world. 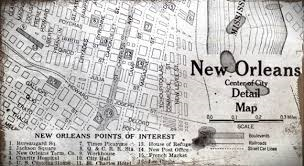 Empire of Sin: A Story of Sex, Jazz, Murder, and the Battle for Modern New Orleans by Gary Krist
My rating: 5 of 5 stars

Empire of Sin: A Story of Sex, Jazz, Murder and the Battle for Modern New Orleans by Gary Krist is a a 2014 Crown publishing release. I was provided a copy of this book by the publisher, edelweiss, and blogging for books in exchange for an honest review.

New Orleans- What a city! We all know the reputation this city has for being steeped in rich history and of course wild and crazy parties every single night on Bourbon street. Gambling, prostitution, corruption, and crime are still as synonymous with the city as it was back in the late 1800's and early 1900's.
It seems New Orleans was simply destined to define the phrase “Sin City” , giving Vegas a run for it's money.
But, there was much more the city than it's vices. The age of jazz was also as much of a part of New Orleans as it's other aspects. The city was a mess of contradictions at times, was always on the brink of reform, but fought it tooth and nail until the 1920's.

“Who is the axman, and what is his motive? Is the fiend who committed the Gretna butchery the same man who executed the Maggio and Ramano murders and who made similar attempts on other families? If so, is he madman, robber, vendetta agent, or sadist? - New Orleans Daily States- March 11,1919-

But, the very serious tone New Orleans dealt with was the axman. A serial killer responsible for killing his victims with an ax and in an incredibly brutal, bloody fashion. The Italians and the mafia faction had been laying low for a time but it was speculated it was related to that faction, but the records were not kept up so you will have to decide if the suspect is indeed the real killer.

This book takes the period between 1890 and 1920 and leads the reader though New Orleans incredible history of sex, violence, jazz and all manner of vices. The Storyville years, Basin Street , famous madams, and politics, jazz musicians - The Buddy Bolden Band, Jelly Roll Morton, and of course Louis Armstrong- shootouts, mixed race relationships, lynchings, mob rule.. anything goes almost. The reign of vice and sin was a long one, open and unapologetic for the most part. The 1920's bringing reform which actually took hold for the first time.

Absolutely fascinating account of New Orleans! Spine tingling murders, and outrageous characters kept me glued to the pages, shaking my head at the antics of all the major players covered in the book.
The author did a great job of weaving the elements of the serial killer story through out the other more colorful events which took place in this period of time.

I love New Orleans and have visited there and would go back in a heartbeat!! But, I really didn't know anything about this period of time in the city's history. If you like true crime and history or just want to read about real people living unconventional lives in a time and place where people usually swept these issues under the rug, you simply must pick this book up. 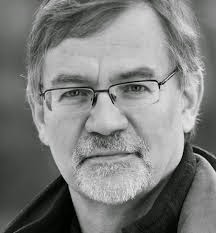 Gary Michael Krist  is an American writer of fiction, nonfiction, travel journalism, and literary criticism. Before turning to narrative nonfiction with The White Cascade (2007), a book about the 1910 Wellington avalanche, City of Scoundrels (2012), about Chicago's tragic summer of 1919, and Empire of Sin (2014), about the reform wars in turn-of-the-century New Orleans, Krist wrote three novels--Bad Chemistry (1998), Chaos Theory (2000), and Extravagance (2002). He has also written two short story collections--The Garden State (1988) and Bone by Bone (1994).

He has been a frequent book reviewer for The New York Times Book Review, Salon, and The Washington Post Book World. His satire pieces have appeared in The New York Times, The Washington Post Outlook section, and Newsday, and his stories, articles, and travel pieces have been featured in National Geographic Traveler, The Wall Street Journal, GQ, Playboy, The New Republic, and Esquire, and on National Public Radio's Selected Shorts. His short stories have also been anthologized in such collections as Men Seeking Women, Writers' Harvest 2, and Best American Mystery Stories.
Posted by gpangel at 1:00 AM