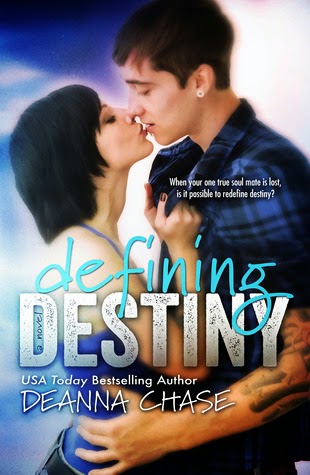 Singer-songwriter Lucy Moore thought her life was perfect. At just twenty-one, she’s already met her soul mate and together they’ve landed a recording contract. But when her father dies and the love of her life betrays her in more ways than one, she returns home to pick up the pieces. On the shores of Mendocino, California, Lucy has some decisions to make. Should she start a solo career? Or should she leave it all behind for some semblance of normalcy in the quiet town she grew up in? And what about Seth, the tortured artist who always seems to be there when she needs him?

Seth Keenan has demons of his own. Eighteen months ago, he was involved in a horrific accident that he never talks about. His career as an accomplished oil-paint artist has been abandoned, replaced by the buzz of his tattoo gun. And women—well, he never sticks around for longer than a few hours of pleasure… until he meets Lucy. After one evening of listening to her seductive voice, he’s pulled under. But what about the vow he made to never get close to anyone again?

In a world where everyone has one true soul mate, can these two find love in the arms of each other?

Defining Destiny by Deanna Chase
My rating: 4 of 5 stars

Finding Destiny by Deanna Chase is a 2014 Bayou Moon Publishing, LLC publication. I was provided a copy of this book in exchange for an honest review.

This New Adult/ Contemporary Romance captured my attention from the first chapter and kept me deeply invested in the characters and their lives.

Lucy believes she and Caden are they are soul mates. They are famous and successful musical artist, but when Lucy's father died she used her talent to write very personal songs about her father, her pain and loss. When she discovers Caden took her songs and agreed to have them recorded without her permission, on top of finding out he has been cheating her with groupies, she can no longer stand to be around him.
Returning home to Mendocino, California to pull herself together and regroup, Lucy finds herself out with her best friend Jax. The instant her eyes lock with Jax's friend, Seth, things get complicated .

Seth is a talented artist suffering incredible grief after losing his girlfriend. Instead of sketching he now applies his talent as a tattoo artist. Meeting Lucy has awakened something in Seth he had thought he would never experience again, and would never want to. But, if Caden is Lucy's soul mate, like she claims how could she have a long term, deep and meaningful relationship with Seth?

Well, I love the concept of soul mates and I do believe in them, but I don't know if I think all people have them. In this case the weak spot of the story for me was trying to understand how someone as shallow, immature, manipulative, and selfish as Caden could be Lucy's soul mate. I think maybe her poisonous mother has drilled that concept into Lucy's brain so often, Lucy has the idea so deeply imbedded into her psyche she is unable to relinquish the idea. Of course I understand the book is about choosing one's own destiny, but a person can do that without being mentally tied to a person so toxic to them for all eternity. So, this concept was one I had a hard time wrapping my brain around. Personally, I believe the person you are in love with is your soul mate. But, that's just me and other than this one area I was on the fence about, the book is a solid romance novel which would appeal more to the New Adult audience, but contemporary romance readers will appreciate this story as well.
I enjoy a story written from the first person perspectives of the two main characters, in this case, Seth and Lucy. This gives the reader a much deeper and personal insight into what is going on with each character. Seth is cautious and his sadness jumps off the page at you as does Lucy's anger and frustration. Occasionally I became irritated with Lucy because of her obvious weakness when it came to Caden. The secondary characters were also central to the story, adding strength, confusion, and at times a touch of extreme dislike – for instance, Lucy's mother.
Overall this is a compelling story, well written, and an interesting spin on the rock star romance trope. I was relieved beyond words at how things worked out for Lucy and Seth. I think that deep down these two will come to realize, in time, they are one another's soul mate after all.

Favorite quote:
“ What is it with men and romantic comedies? Do they think watching two fictional people work out their issues for an hour and half means some kind of commitment?” 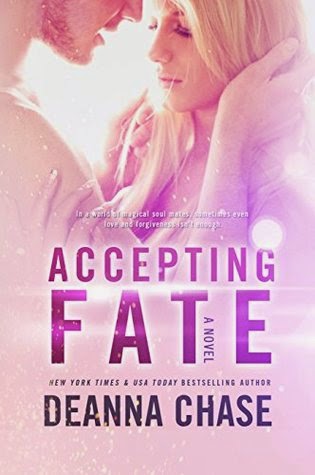 When two souls are fated...

A year ago, Jax Russo left school to escape to her safe haven, her hometown of Mendocino, CA. After overcoming depression and healing old wounds, she’s finally ready to move on. But when her brother’s arrested for a shocking crime, she finds herself caught between her family and her brother’s accuser—the man she’s been in love with since she was fifteen years old.

Firefighter Derek Alexander never wanted to be a hero. He does his job for one reason and one reason only—to make up for that terrible night nine years ago. His demons haunt him, but so do dreams of Jax, the girl he knows he’s fated to be with. But in a world of magical soul mates, sometimes even love and forgiveness isn’t enough.

Accepting Fate by Deanna Chase
My rating: 4 of 5 stars

Accepting Fate by Deanna Chase is a 2014 Bayou Moon Press publication. I was provided a copy of this book in exchange for an honest review.

“When the light burns out,
I search for the hope within the shadows.
Even when I know I'm all alone,
Your spirit's there to guide me home.”

This is the second novel in the Destiny series and is centered around Jax and Derek. As you may recall this series is set in an alternate reality where everyone has one true soul mate. This soul mate is not always the person you fall in love with however, but in most cases soul mates build a life together. This is what Derek wants to avoid, despite the fact he is pretty sure his family friend and the girl he as been in love with forever, Jax, is his soul mate.
Sadly, he and Jax share an awful tragedy and as a result Derek as shut her out of his life. But, the pull toward Jax is becoming stronger.
For Jax, she has always loved Derek but he will not let her get close to him. She knows their shared loss and pain is part of it, but she has such low confidence and shyness, she believes Derek doesn't find her attractive. Nothing could be further from the truth.. but the reasons Derek tries to keep their relationship platonic has more to do with own personal issues.
This story deals with real life issues such as terrible loss, addictions and the affect that has on one's family and friends. Derek's reaction to dealing with his family's issues are in stark contrast to Jax and her way of handling things. Thankfully, Derek learns to take a page from Jax's book when things go very awry for her family and she needs a strong person to lean on. But, what about the soul mate status Derek is determined to shun?
This book felt a little more serious than the first one to me. I liked the more mature themes and the characters developing into true adults who learn to face their personal demons while helping their loved ones cope with theirs. I loved the ending and of course the HEA!! 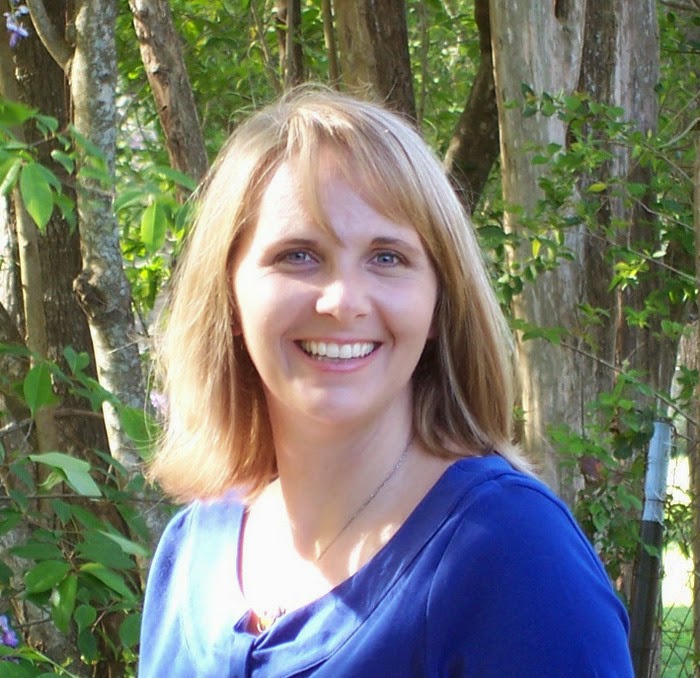 Deanna is a native Californian, transplanted to the slower paced lifestyle of southeastern Louisiana. When she isn't writing, she is often goofing off with her husband in New Orleans, playing with her two shih tzu dogs, making glass beads, or out hocking her wares at various bead shows across the country. For more information and updates on newest releases visit her blog at www.deannachase.com.
Posted by gpangel at 12:00 AM