The Silent Girls by Eric Rickstad- A Book Review 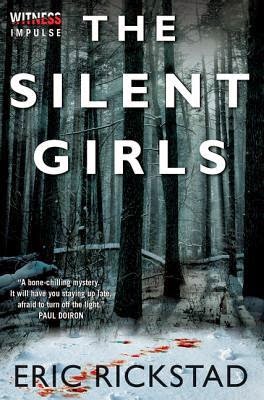 
With the dead of a bitter Vermont winter closing in, evil is alive and well …

Frank Rath thought he was done with murder when he turned in his detective's badge to become a private investigator and raise a daughter alone. Then the police in his remote rural community of Canaan find an '89 Monte Carlo abandoned by the side of the road, and the beautiful teenage girl who owned the car seems to have disappeared without a trace.

Soon Rath's investigation brings him face-to-face with the darkest abominations of the human soul.

With the consequences of his violent and painful past plaguing him, and young women with secrets vanishing one by one, he discovers once again that even in the smallest towns on the map, evil lurks everywhere-and no one is safe.

Morally complex, seething with wickedness and mystery, and rich in gritty atmosphere and electrifying plot turns, The Silent Girls marks the return of critically acclaimed author Eric Rickstad. Readers of Ian Rankin, Jo Nesbø, and Greg Iles will love this book and find themselves breathless at the incendiary, ambitious, and unforgettable story.
MY REVIEW:

The Silent Girls by Eric Rickstad
My rating: 4 of 5 stars

The Silent Girls by Eric Rickstad is a 2014 Witness Impulse publication. I was provided a copy of this book by the publisher and Edelweiss in exchange for an honest review.

This is a slow paced thriller with several suspenseful threads and a whale of an ending that left me with my mouth hanging open.

Frank Rath's days as playboy cop came to a sudden halt seventeen years ago, when his sister and her husband were murdered, leaving their small daughter, Rachel, an orphan. The killer, a man dubbed “Preacher” is now up for parole. Frank became Rachel's father, and began work in the private sector as a detective. Now, Rachel is away at college and Frank is still fighting off his demons as it becomes clear that this is going to be a very cold and dark Vermont Winter.

When a young girl vanishes, Frank is called in to assist in the investigation. When a body is found, the evidence begins to tie in a string of missing persons cases, all of them young women. It takes a while for Frank to connect the dots as to what these women have in common, but when he does, he wants his daughter's help with the case. The problem is he can't seem to find her or make contact with her, leaving him to fear the worst.

Frank is a complex , no nonsense, no fun and games type of guy. He is a great detective, but his demons plague him almost non-stop. Rachel is the focus of his life and keeping her safe has led him to keep her parent's true cause of death a secret from her. But, now it looks as though circumstances beyond his control, will finally reveal the sad truth.
Meanwhile , Frank is set to speak at the “Preacher's” parole hearing, and he is dealing with some health issues all while working the missing girls case. Frank's investigation will him to a possible cult and to an unorthodox adoption clinic whose organization is adamantly opposed to abortion. Could this be what the girls had in common? Are all these cases related? Will the “Preacher” win his parole hearing? And where on earth is Rachel?

I really enjoyed the character study of Frank. I'm really curious to see how he will handle the stunning revelations that were tossed out at him in this book. The mystery itself was interesting, but for some reason, the outcome was anti-climatic after such a slow build up. So, this part of the story was just wee bit of a disappointment. However, the issues Frank faces in this book and will face in the future made up for any lukewarm areas of the book. I think choosing such a hot button issue as abortion to build a story around was a little risky, since the author had to make sure he kept a neutral stance with his main character. The idea of infiltrators is most likely a reality making the story more than plausible.
The story is a bit understated at times, and there are some interesting secondary characters, one of which I was happy to see the back of.
Overall this is a pretty solid mystery thriller, a little on the dark side, and it would serve well as a psychological thriller too if you like reading those types of stories. 3.5 stars rounded to 4. 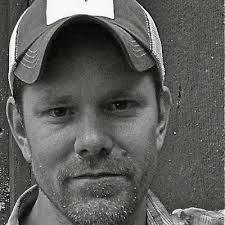 Eric Rickstad's taut, chilling literary crime novels strip back the bucolic veneer of rural America and root around in its tragic underbelly. His first novel Reap was a New York Times Noteworthy Book first published by Viking Penguin. His novel THE SILENT GIRLS, from HarperCollins, will published November 25, 2014.
His short stories and articles have appeared in many magazines and been nominated for a Pushcart Prize. He holds an MFA from the University of Virginia where he was a Hoyns Fellow and a Corse Fellow.
He lives in Vermont with his wife and daughter, and is represented by Philip Spitzer of the Philip G. Spitzer Literary Agency.
Posted by gpangel at 12:30 AM