TEMPTING THE PLAYER AND UNWRAPPING HER PERFECT MATCH BY KAT LATHAM 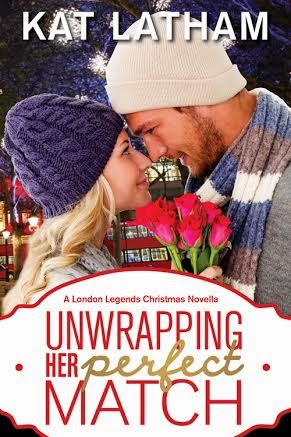 ’Twas a week before Christmas, and at the auction house…

At six foot one, Gwen Chambers has felt like a giant her whole life. She’s a calm, capable nurse saving lives in a busy London hospital, but healthy men give her heart palpitations. When larger-than-life rugby player “Little” John Sheldon convinces her to bid on him in his team’s fundraising auction, she discovers how pleasurable heart palpitations can be.

A rugby player was stirring, with desire no one could douse…

John has wanted Gwen since he first saw her, but when he’s injured in a match just before Christmas he suddenly needs her too. Not only can the sexy nurse help him recover, but she might be able to help him look after his daughter—a shy ten-year-old who speaks only French.

But will it be a Happy Christmas for all, and for all a good night?
From decorating the Christmas tree to ice skating at the Tower of London, Gwen helps father and daughter open up and bond with each other—and she bonds right along with them. But when John’s agent calls with a life-changing offer, Gwen has to decide how far she’s willing to go for her perfect match. Will their first Noël also be their last?

Unwrapping Her Perfect Match: A London Legends Christmas Novella by Kat Latham
My rating: 4 of 5 stars

Unwrapping her Perfect Match by Kat Latham is a 2014 publication.

This Christmas themed novella is book 3.5 in the London Legends series, but can be read as a stand alone. Some of you who have been reading this series will remember Gwen from the story which featured her sister, Tess.

This holiday story begins with a charity auction and with Gwen doing her sister a favor by bidding on Liam, her sister's boyfriend. But, things go awry when Gwen strikes up a conversation with John, one of Liam's Rugby teammates. An instant connection occurs and pretty soon Gwen has gone rogue and buys John instead of Liam.

Gwen went through a horrible ordeal in her youth which has kept her from being able to maintain a long term stable relationship. Despite the chemistry between them, it looks a though John will go the way of others before him. But, an injury during a game has John depending on Gwen to help him with his young daughter while she is visiting for the holidays. So, it looks like Gwen and John will be spending the holidays together. Can they somehow overcome the many obstacles that threaten to kill the relationship before it gets started?
John was so funny, and I admired his desire to do what was best for his daughter and try to make Gwen happy too. What made John so great was his humanity. He was not the suave, smooth talker type for sure. He was always saying or doing something that came out sounding bad or looking bad. Gwen of course was a character I felt so badly for. She was a little defensive, but it was understandable. She did the right thing I think by slowing things down and getting herself together, thinking things through and being true to herself. John and Gwen were perfect for each other in so many ways and I loved reading their story.

This is a charming contemporary romance with lots of humor and a few moments of angst, but overall a wonderful happy ever story. 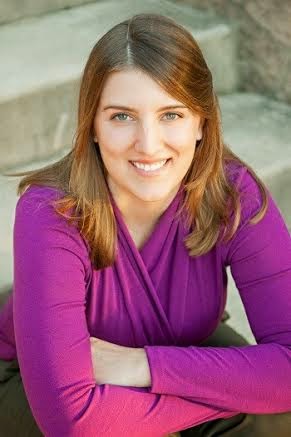 Kat Latham is a California girl who moved to Europe the day after graduating from UCLA, ditching her tank tops for raincoats. She taught English in Prague and worked as an editor in London before she and her British husband moved to the Netherlands. Kat’s other career involves writing and editing for charities, and she’s traveled to Kenya, Ethiopia and India to meet heroic people helping their communities survive disasters. 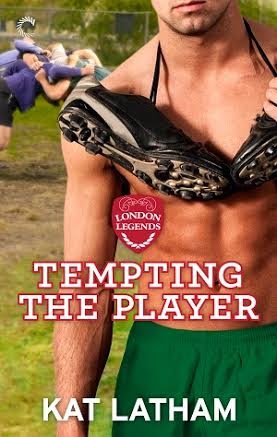 Book three of the London Legends Best friends make the best lovers. Libby Hart and Matt Ogden are perfect for each other—as friends. They’ve known each other for ages. They act as each other’s plus-ones. They even share custody of a dog. And if there’s always been a little spark between them, so what? It’s never been worth jeopardizing their friendship. Professional rugby player Matt is fighting for a starter position with the London Legends—and that’s not the only thing he’s fighting. A crippling fear of flying means he’s struggling to get his career off the ground. He has no time for a relationship, even if Libby does make him ache. As an airline pilot, Libby’s looking for a stay-at-home husband so she can have a family without sacrificing her high-flying career. Matt’s certainly not that man. But just because they don’t have a future together doesn’t mean they can’t have a right now. When Matt asks Libby for help overcoming his fear, they agree to take a vacation from their platonic relationship—whenever they fly together, they can have sex. It’s the perfect way to resolve all that built-up tension. As long as they can avoid getting a little too comfortable…