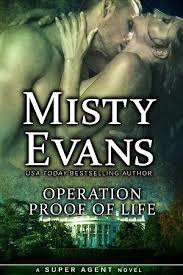 CIA Deputy Director Michael Stone is a decisive force in the war on terror. After surviving a harrowing terrorist attack that nearly killed him, he has also become an overwhelming force, putting nothing above his job in order to keep his country safe.

When his niece, the daughter of the Republican candidate for President, is kidnapped just days from the election, Michael vows to do whatever it takes to get her back safely and bring the kidnapper to justice.

Dr. Brigit Kent, a consultant for Homeland Security, knows the kidnapper well. Exposing him, however, will also expose her sister’s secret ties to a terrorist group. The only way to keep her sister safe is to cut a deal with the sexy and rock-solid deputy director, but blackmailing him can only lead to political and professional suicide.

With the clock ticking on his niece’s life, Michael has no choice but to accept Brigit’s offer. She’s beautiful, brilliant, and cunning, but is she friend or foe? The answer could break his personal code of honor—and his heart.

Proof of Life by Misty Evans
My rating: 4 of 5 stars

Operation Proof of Life by Misty Evans is a 2014 Beach Path Publishing release. I was provided a copy of this book in exchange for an honest review. This is book 3 in the Super Agent Romantic Suspense series.

This was a another solid installment of the Super Agent series by Misty Evans. This one starts off at a quick pace and stays there.

Dr. Briget Kent is on the periphery of several top secret agencies like SIS and is officially with Homeland Security. She has a very troubled past and is constantly on high alert. Sadly, the two people on her radar are her sister, and her half brother. When the daughter of a high profile politician is kidnapped, Briget fears she knows who is responsible and begins to insinuate herself into the investigation.

Briget's sudden involvement catches the attention of Michael Stone, a CIA deputy and the missing girl's uncle. Michael is suspicious of her and starts digging into her background, which initially turns up very little information. But, despite that, Michael finds himself attracted to Briget, the first woman he has noticed since losing Julia to Conrad.. who are now married.
But what are Briget's reasons for involving herself in this case? Michael never dreamed he would uncover an IRA terrorist group, blackmail, and find himself dodging bullets. But, the biggest shock is finding himself falling in love with the beautiful and complicated Briget.

This chapter in the series is more tense than the previous installments, although there are some humorous moments too. Kidnapping, terrorist, complicated family ties, blackmail, and intrigue all unfolding at a pretty fast clip, had me turning pages and blowing off my “to do list”. I did wonder how on earth a romance was going to develop since Michael was just starting to get Julia out of his system and well, Briget was trying to protect her sister as all cost and that put them at odds. But, the chemistry between them gradually increased and the timing worked out very well. These romantic suspense novels are very entertaining, usually with a little bit of a lighter tone, but I thought this one was the best one I've read so far.
4 stars 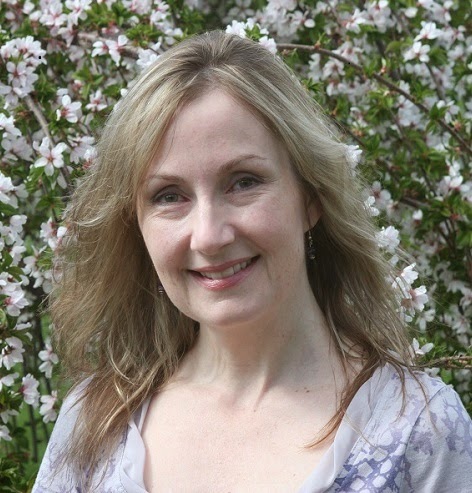 USA Today Bestselling Author Misty Evans writes the award-winning Super Agent series as well as urban fantasy and paranormal romance. She likes her coffee black, her conspiracy theories juicy, and her wicked characters dressed in couture. When her muse lets her on the internet to play, she’s on Facebook and Twitter. Read more about her stories at www.readmistyevans.com.