Sins of the Fathers

Sins of the Fathers by J.A. Jance 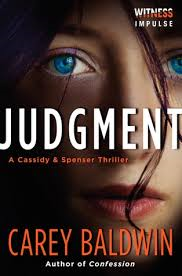