THE MINE BY JOHN A. HELDT- REVIEW + AUTHOR INTERVIEW 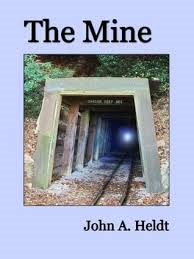 The Mine by John A. Heldt is a self published novel released in 2013. I received a copy of this book from the author in exchange for an honest review.

Joel and his friends explore an old mine in the Seattle area, in the year 2000. While his friends go on their merry way in the mine, Joel has a bit of a different experience. He encounters a snake, then a blue glow, tripping him back into the year 1941.

Joel, thinking fast on his feet, helps a guy out and winds up living with his family, and working in the family owned furniture store. He learns that his new friend ,Tom, is dating a young lady named Ginny. As it so happened, Ginny is Joel's grandmother. Whoa! While Tom's family questions Joel's story, they pretty much mind their own business. But, Ginny isn't fooled by Joel at all. Her questions are disquieting, but she keeps her opinions to herself, only offering Joel some sage advice here and there.
Quickly adjusting to all the changes in his life, he gets to know Ginny's friends and meets a girl named Grace. Grace is engaged to be married, but she and Joel have a connection. Grace struggles to understand what her future should be like. Stay will Paul or follow her heart and be with Joel.
Meanwhile, Joel can't resist having a little fun with the knowledge he has about the future. Knowing the outcome of boxing matches and baseball games is too good to pass up. But, Joel also knows some darker truths about the future and is hoping he is wrong.
Will Joel stay in 1941 and make the best of things? Can he ever return to the year 2000? What will happen with Ginny if he stays in 1941? What would happen to Grace in the future?

I had no idea what to expect when I started reading this book. But, I certainly didn't expect this. What a wonderful story. Joel's journey to the past and the impact he has on the lives of those he encounters is incredible. He falls in love, meets his future grandmother, makes the best friends he will ever have, and faces the hardest choices he will ever have to face.
A bittersweet love story that touches the heart and will leave you with both tears in your eyes and a smile on your face. Don't miss this one. Really. I'm looking forward to the next one.


I AM THRILLED TO HAVE AUTHOR JOHN A. HELDT WITH US TODAY.  JOHN HAS GRACIOUSLY AGREED TO A Q&A TO TALK ABOUT HIS FIRST BOOK IN THE TIME TRAVEL SERIES-  THE MINE.


Interview questions for John A. Heldt


Why do you think time travel is so endlessly fascinating?


I like time travel stories because they expand on the traditional fish-out-of-water theme. They don't simply send protagonists to strange times and places. They send them to times and places they can at least partly relate to. Would Back to the Future have been as much fun had the time machine sent Marty McFly somewhere other than his hometown? I don't think so. He was able to better appreciate the changes in the town and the people he met in 1955 because he knew them in 1985. That combination usually makes for a good story.


If you could time travel-would you chose to go into the future or the past? Why?


I would go to California in the late 1950s or early 1960s. There's a reason movies that movies like Back to the Future, American Graffiti, and Grease were set in that place and time. The music, cars, fashions, and customs were amazing.


What are you reading now?


I am not reading anything at the moment. The last book I read was The Awakening, the classic novel by Kate Chopin.


I have a blog at http://johnheldt.blogspot.com.


Tell us a little about your other books.


The Mine, The Journey, The Show, The Fire, and The Mirror are loosely related time-travel romances that make up the Northwest Passage series. Each book showcases a pivotal year in the twentieth century and venues in the Pacific Northwest. Joel Smith, the protagonist of The Mine, appears in all five books, albeit at different stages in life. Readers see Joel as a two-year-old, a grandfather, and everything in between.


What is one novel you think everyone should read?


I would say To Kill a Mockingbird by Harper Lee.


I am currently working on September Sky, my sixth novel and the first in the new American Journey series. It will follow an unemployed reporter and his college dropout son from 2016 Los Angeles to 1900 Galveston, the time and place of one of the deadliest hurricanes in history. Like the novels of the Northwest Passage series, September Sky will feature history, adventure, romance, humor, and multiple points of view.


"Success is going from failure to failure without losing your enthusiasm." — Winston Churchill
THANKS SO MUCH FOR STOPPING BY TODAY,  JOHN! 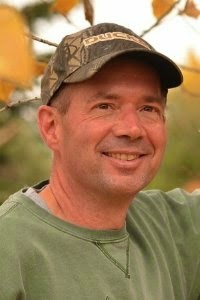 John A. Heldt is the author of the critically acclaimed Northwest Passage series. The former reference librarian and award-winning sportswriter has loved getting subjects and verbs to agree since writing book reports on baseball heroes in grade school. A graduate of the University of Oregon and the University of Iowa, Heldt is an avid fisherman, sports fan, home brewer, and reader of thrillers and historical fiction. When not sending contemporary characters to the not-so-distant past, he weighs in on literature and life at johnheldt.blogspot.com.