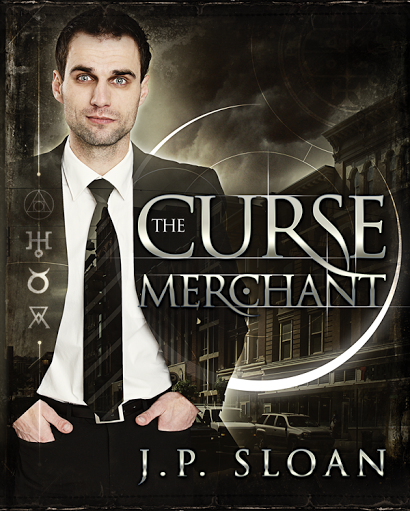 The Curse Merchant, by J.P. Sloan

Dorian Lake spent years cornering the Baltimore hex-crafting market, using his skills at the hermetic arts to exact karmic justice for those whom the system has failed. He keeps his magic clean and free of soul-corrupting Netherwork, thus avoiding both the karmic blow-back of his practice and the notice of the Presidium, a powerful cabal of practitioners that polices the esoteric arts in America. However, when an unscrupulous Netherworker interferes with both his business and his personal life, Dorian's disarming charisma and hermetic savvy may not be enough to keep his soul out of jeopardy.

His rival, a soul monger named Neil Osterhaus, wouldn't be such a problem were it not for Carmen, Dorian's captivating ex-lover. After two years' absence Carmen arrives at Dorian’s doorstep with a problem: she sold her soul to Osterhaus, and has only two weeks to buy it back. Hoping to win back Carmen's affections, Dorian must find a replacement soul without tainting his own. As Dorian descends into the shadows of Baltimore’s underworld, he must decide how low he is willing to stoop in order to save Carmen from eternal damnation... with the Presidium watching, waiting for him to cross the line.

He was a dapper man in his late fifties with olive skin and a neatly trimmed beard with stripes of white dropping from the corners of his mouth. His eyes were dark and wrinkled, brilliantly intense and set deep within his skull. He laid his palm flat against the top of the rear display, the gold rings on his fingers tapping sharply against the glass.

His eyes moved neatly along the rows of materials, resting ultimately on the side of my face. He watched me with unnerving focus. Almost rude, really.

I turned to face him with a sigh and lifted my brow.

"Uh, hi?" I challenged, attempting to clearly express my disinterest in conversation without actually telling him to fuck off.

"Good afternoon," he purred, his voice dripping with the serifs and diacritics of a highly polished Arabic accent. "Please, I do not mean to disturb."

He swept his hand in a gentle circle, and the grace of his motion along with the velvet intonation of his voice proved almost hypnotic.

"No problem. Just wrapping up."

Edgar checked my shoulder as he swept around to the back of the display. He gave me a cautious look from the side of his spectacles as he settled himself in front of the door to his private collection.

"Hassam, this is Dorian Lake," he muttered as he untwisted the limp gray yarn wrapped around the door knob.

I squared my shoulders and cleared my throat. It wasn't like Edgar to force me into business with one of his other clients, particularly a client interested in anything behind that piece of gray yarn.

I extended my hand to the man.

He smiled, brown stained teeth slanting into view between his balmed lips.

Edgar lingered as he pushed open his collection door, and mumbled just loud enough for me to hear, "Behave."

After he stepped into the storage room, I found myself stranded with al-Syriani, with nothing to talk about. I would have to thank Edgar for that later.

Trying to ease the situation, and hopefully make Edgar's life easier in the process, I attempted conversation.

"So, you're a practitioner?"

The Syrian lifted his chin in a gesture so thoroughly indecipherable I had no idea if he even knew what I was asking.

"I am a representative of interested parties," he finally stated. "I am rarely directly involved, but I do share a particular interest in what you call a 'practice.'"

"And what is your practice, Mister Lake?"

Here it was, that moment when I had to decide whether to dumb down my answer or make it as brutally honest as I could in order to scare the man away. Brazen honesty hadn't discouraged Julian Bright, and I had doubts anything was going to shake this man's interest.

"I sell hexes and charms."

"No. Baltimore. But I'll drive out to Frederick if I have a client. Kind of a conservative town, though."

"And what about the District?"

The tiniest of warning alarms sounded off in the under-evolved parts of my brain stem. Anytime anyone discussed Washington D.C. in a metaphysical context, I got nervous.

His eyes narrowed slightly, and his grin lengthened.

"Because I'm not a complete idiot."

He chuckled. "Caution. A priceless business instinct." He turned away from me as he added, "One which has been greatly neglected in your circles as of late."

A chill flooded through my arms, and I folded the brown paper bag quickly, scribbling, lodestone six pcs on the bag in red Sharpie with an embarrassingly unsteady hand.

Edgar emerged from the storage room with a conspicuously innocuous package wrapped in brown paper and tied with sisal twine. He set it on the countertop and nodded to al-Syriani.

Al-Syriani squinted at Edgar, then nodded, pulling a brown leather checkbook from his jacket pocket. He took his time writing a check to Edgar in immaculate cursive, detaching it with several short controlled jerks of his fingers. He folded the check and slid it along the glass of the display case.

"A pleasure, Mister Swain. I will be in touch." He replaced his checkbook, and produced in its place a silver card holder. He popped it open and placed two business cards onto the counter, one for Edgar and one for me.

"Gentlemen, peace be with you."

I snatched his business card and examined it.

Hassam al-Syriani. A phone number with a D.C. area code.

And a symbol as a watermark. The sextant and a pyramid. 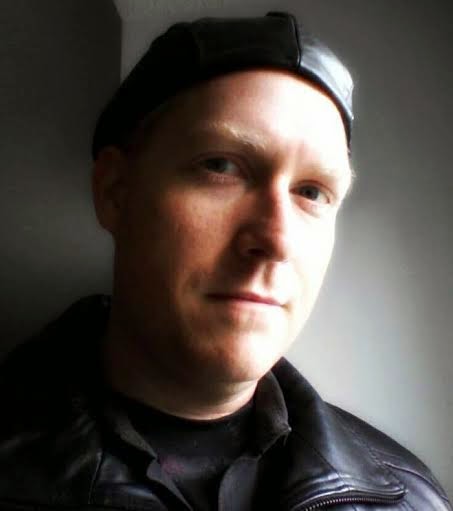 I am a storyteller, eager to transport the reader to strange yet familiar worlds. My writing is dark, fantastical, at times stretching the limits of the human experience, and other times hinting at the monsters lurking under your bed. I write science fiction, urban fantasy, horror, and several shades in between.

I am a husband and a father, living in the “wine country” of central Maryland. I’m surrounded by grapevines and cows. During the day I commute to Baltimore, and somehow manage to escape each afternoon with only minor scrapes and bruises. I am also a homebrewer and a certified beer judge. My avocations dovetail nicely!