THE ARROW BY MONICA MCCARTY- A BOOK REVIEW 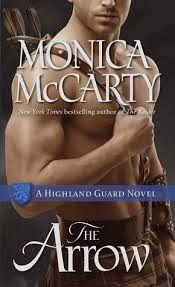 The Arrow by Monica McCarty
My rating: 5 of 5 stars

The Arrow by Monica McCarty is a 2014 Ballantine Books publication. I was provided a copy of this book by publisher and LibraryThing in exchange for an honest review.

An English raid takes Cate's family and she is thrown in a well and left to die. When the Phantom brothers found her, she was caked in mud and near death from fright. The fierce warrior, Gregor, takes her in as his ward.

Now, five years later, the orphaned girl has matured into a lovely young woman. Lovely enough that her hero worship attraction to Gregor has begun to make him feel uncomfortable. He is distracted and has made a mistake that lands him back home for a little break, which means Cate and Gregor are under the same roof for a time. Cate intends to make the most of her unexpected time with Gregor.
But, Gregor believes the time has come to remove Cate out of his home and into marriage. There are plenty of men still who would marry Cate, but Cate only has eyes for Gregor, who believes she only has a young girl's crush on him, but he is tempted enough by her he can't seem to stop kissing her.

I so enjoyed Cate's character in this one. Her observations were always spot on , she was honest, had her insecurities and doubts like any of us, suffered a little teasing because of her training, but knew her own mind. She loved fiercely, loved despite of Gregor's faults. She loved the whole man and never expected him to be perfect.

Gregor, like all of the Highlanders is the series is irresistible to women, a member of a top secret unit for the King called the phantoms and is proud, loyal and has a heart of gold hidden behind his tough exterior. I loved Gregor , but at times I wanted to slug him. Men! It doesn't matter what century or country it is, they can all be so arrogant and pigheaded. Does he redeem himself? Well... probably.

Cate and Gregor could have had a smooth go of things if not for the interference of others. Once a the seed of doubt of planted it looks as though all is lost, but betrayals and broken hearts will have to wait when Cate finds herself in grave danger and her true identity about to be revealed. Will Gregor be able to save her it time?

This is the 9th book in the Highland Guard series and they never lose their appeal. This one is very sensual and spicy, but with some of the best romantic lines I've read in awhile, especially coming from a warrior like Gregor. So, yes, Gregor does redeem himself and there is a wonderfully sweet sigh worthy HEA that will leaving you grinning ear to ear. Well done! 5 stars 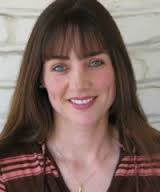