Synopsis:
At the young age of nineteen, Shayne Andrews thought she had it all. She had the love of her life, her high school sweetheart, and a bright future ahead of her. That is, until one day he just disappeared, leaving a note as his only goodbye. With her heart shattered and broken, Shayne did the only thing she could. She left her small town on the shores of Lake Michigan to start her life over, needing to distance herself from the memories she and Luke had made. At that time, she vowed to herself that she would never return to her hometown again. Seven years later, Shayne realizes that fate is not on her side as she returns home for her aunt’s funeral, bringing back the one secret she swore to protect.


Luke Schavone has regretted every day that he had to leave Shayne behind. Though he didn’t have a choice, his heart still bore the scars from the impact. After five years, Luke returned only to find that Shayne was gone. His best friend was the only lifeline he had to finding her, but Adam wasn’t talking. When the one thing Luke has wanted everyday for the past seven years runs right into him one night, he becomes determined to make sure he doesn’t lose her again.


At first, Shayne is hesitant. She wouldn’t be able to survive losing him again, but the pull toward him is so fierce, she can’t deny herself the chance. With the decision to start over, Luke and Shayne must admit truths and come to terms with the events that forced them apart in the first place. When secrets are revealed and old threats come to pass, will Luke be able to shelter Shayne from the destruction, or will she become lost to him forever? 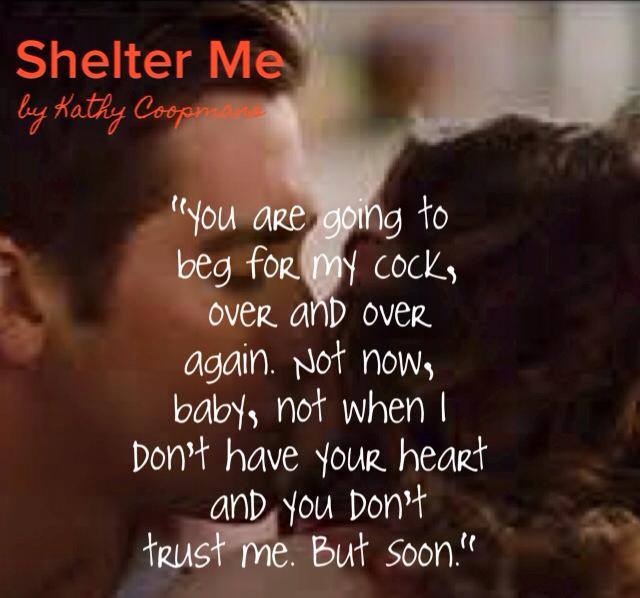 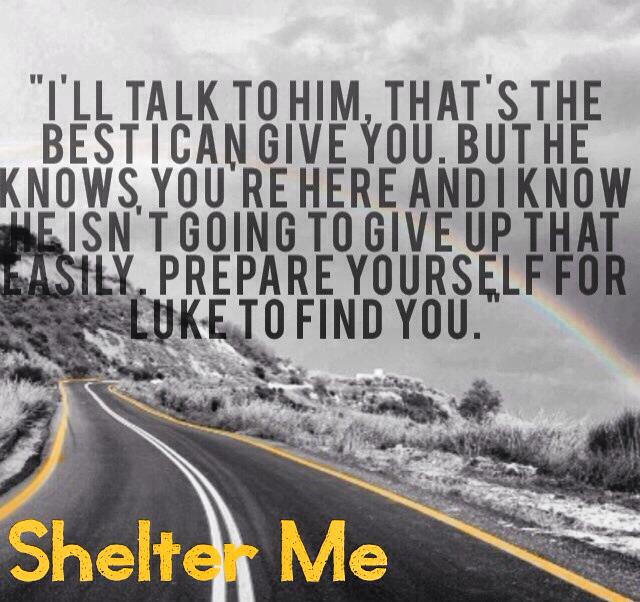 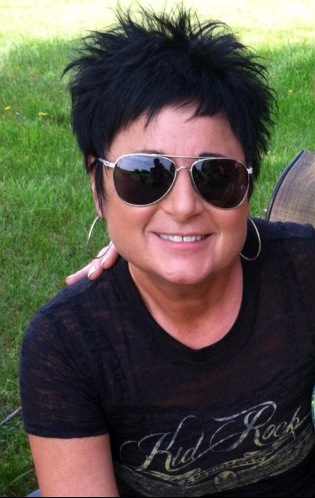 Author Bio:
Kathy is a Michigan native where she lives with her husband Tony. They have two son's Aaron and Shane.
She is a sports nut. Her favorite sports include NASCAR, Baseball and Football.
By day she is a hairstylist and loves her job.
She has always been an avid reader and at the young age of 50 decided she wanted to write. She claims she can do several things at once and still stay on task. Her favorite quote is "I got this." 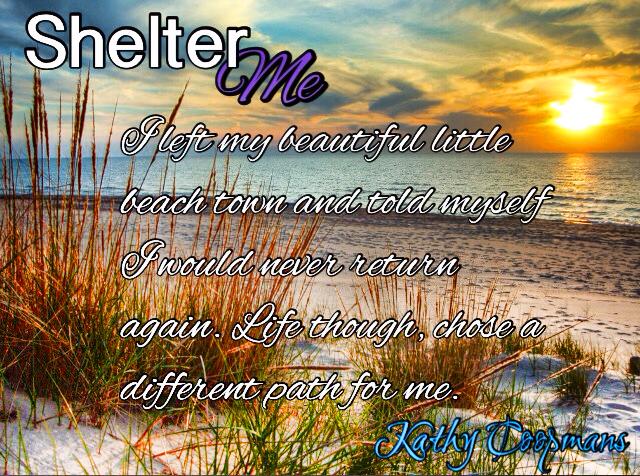 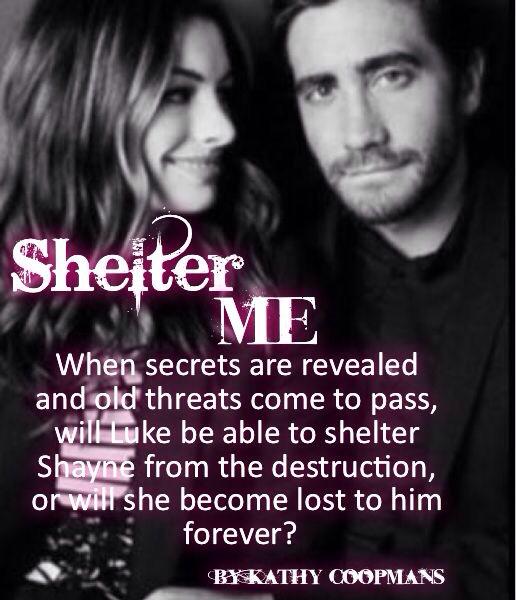 GIVEAWAY DETAILS:
LEAVE A COMMENT FOR THE CHANCE TO WIN A E COPY OF SHELTER ME!  THIS CONTEST RUNS FOR TODAY ONLY! (SEPTEMBER 10TH)

Shelter Me by Kathy Coopmans
My rating: 4 of 5 stars

Shelter Me by Kathy Coopmans is a 2014 publication. I was provided a copy of this book in exchange for an honest review.

This was a really good story that had my interest peaked from the very first paragraph to the last.
Seven years ago, Shayne's entire world stopped on it's axis. The man she loved so desperately just walked out of her life with nothing but an “I'm Sorry” note. Shayne left town and never looked back. Now her beloved aunt as been killed in an accident and she has no choice but to come home for the funeral. She is reunited with her cousin, Adam, who is like a brother to her, and is taking some time to grieve when out of the clear blue sky she literally slams into the man who broke her heart- Luke Schavone.
Now, all those old wounds open back up, but Luke will not leave her be until he has a chance to set things straight.
Could Luke really have a plausible explanation for walking out one her? Well, as it so happens he does have a legitimate reason... he was trying to protect her. When he comes back home, he tries to see Shayne again, but her family refuses to allow it. Little does he know just how much he has missed out on over the past seven years.
But, once he sees Shayne he won't back away and little by little he manages to get her to at least listen to him. Although Luke still has Shayne enthralled, whether she likes it or not, and he had a good reason for leaving, and the will to work things out between them, Shayne is not sure her heart can take another blow from Luke. Seven years and lots of secrets, plus eminent danger will test the couple's ability to overcome the past and forge a future together.

Luke was absolutely dreamy and it was so wonderful to read a story where a family is reunited despite all the odds against them and although it wasn't easy, they loved each other enough to make it all work. This one is 4 stars

View all my reviews
Posted by gpangel at 1:30 AM