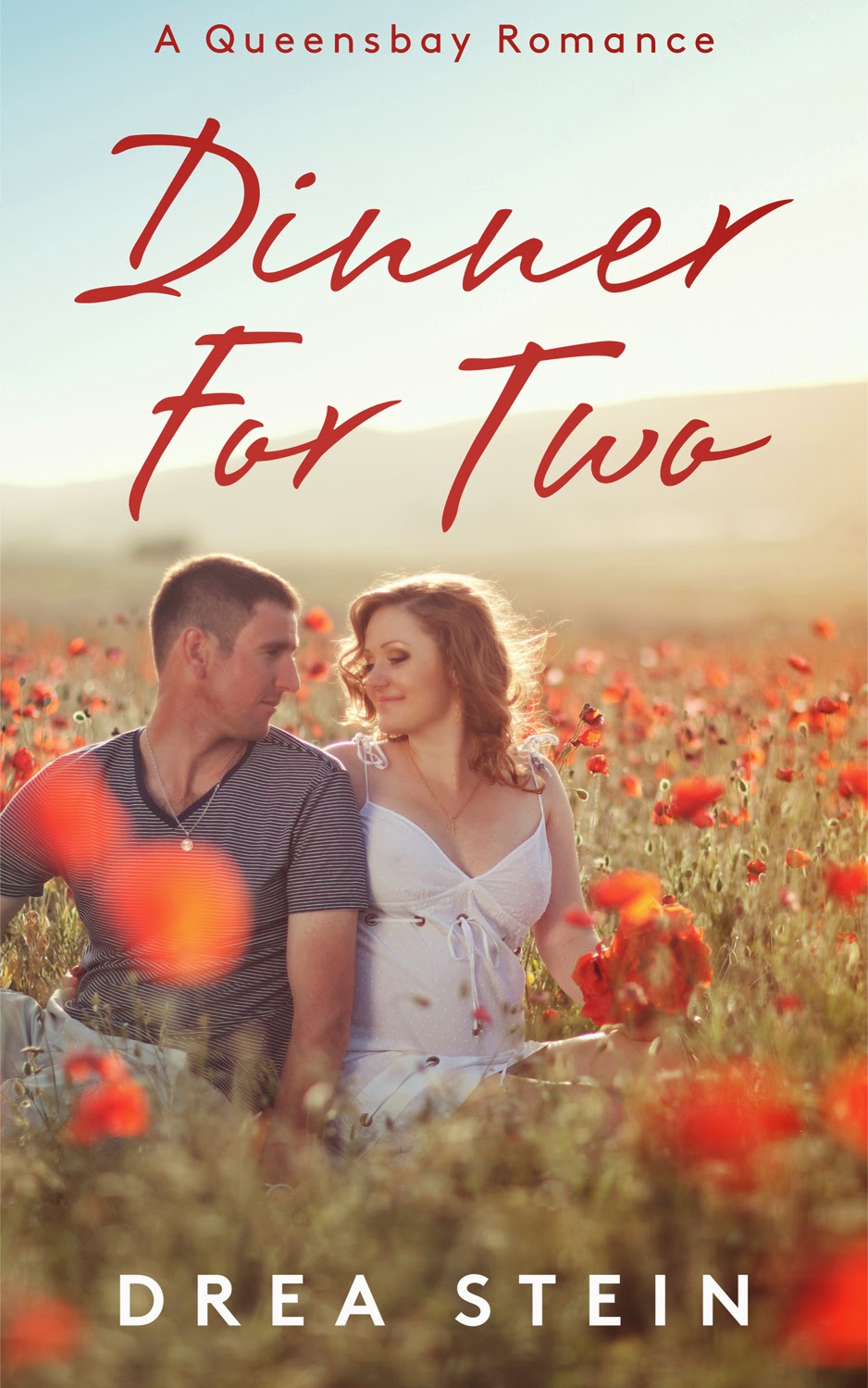 NOTE: THIS BOOK BLAST IS TO PROMOTE THE BOOKS FREE KDP DAYS

Sean and Darby love food - but is their relationship a recipe for disaster - Or a chance to make kitchen magic?

Find out in Dinner for Two, Book 1 in The Queensbay contemporary romance series

Sean Callahan was a hot shot big city chef whose high handed ways got him into trouble one too many times. Now he's in a small town hoping for another shot at the big leagues.

Darby Reese is a big city lawyer who can bake like an angel. Unfortunately, a life lived according to the law has left her burned out. So when the chance comes to run her family's deli in the small town of Queensbay, Darby's happy to take it.

But when Sean, the former chef du jour walks into her kitchen, she's definitely not prepared for sparks to fly. Will the two of them be able to find the recipe for happily ever after?

Book one in the Queensbay Series, a contemporary romance series.

“Fancy meeting you here.” Sean Callahan’s voice floated up and she jumped, hitting her head on the inside of the counter.


“It is my deli,” she said when she finally came up, resisting the urge to rub the back of her head where she had hit it. The look of amusement in Sean’s eye was enough to have her folding her hands across her chest and do her best to stare him down. Two days, she reminded herself. It had been two days since he had kissed her and nearly lifted her straight out of her socks.


“I have the afternoon off tomorrow,” he said, grinning at her. “I was thinking, since you’re a hometown girl, that perhaps we could go on a drive, that maybe you could show me around a bit.”


“Haven’t you already been here a couple of months?” she said. “Because this sounds like another one of your pick-up lines. Are you planning on running out of gas on Lover’s Lane?”


“Never heard of it,” he said quickly and in a deadpan voice. It earned him a smile. “But I’ve been living in the hotel since I got here and I realized that I haven’t really left it, since I was so busy getting everything up and running with the restaurant. But finally, things are where I want them and I feel like I can, actually should, step back a little, see what the team at the restaurant can do without me. So I thought an afternoon off, with you, might be a nice way to test the theory out.”


He shook his head. “If that’s what you want. Or,” he amended, before she could answer, “how about we call it me-asking-a-local-to-show-me-around outing. We can sit next to each other, in the car, and talk to each other, get to know one another.”


“I already know you,” she pointed out, moving down the counter to straighten her jar of homemade granola.


He followed. “True, but I was hoping we could start over. Pretend that all the stuff in the past didn’t happen.”


Drea Stein is the author of the Queensbay contemporary romance series. She lives in rural New Jersey – yup, there really is such a thing – with her family and writes in an old barn. Visit her at www.dreastein.com or https://www.facebook.com/DreaSteinAuthor


http://www.amazon.com/Dinner-Two-Queensbay-Book-1-ebook/dp/B00HGWY6LO/
a Rafflecopter giveaway
Posted by gpangel at 12:00 AM