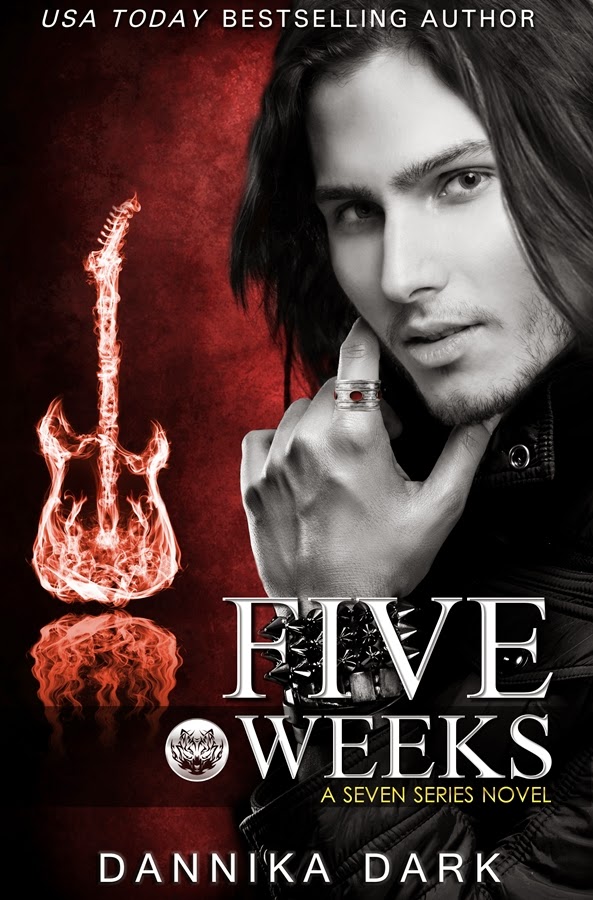 Blurb:
Izzy has always loved the freedom and adventure of life on the road, but she’s recently decided to settle down—as much as a rogue wolf can. When her boyfriend gets her a job working at a hot Shifter bar, she runs into the last person on earth she expected to see again.

Jericho isn't the famous rock star he once was, though he still plays in a local band and loves to party. Beautiful women come and go, but music is his only passion—until a sassy redhead named Isabelle Monroe shows up unexpectedly.

Fate reunites two former friends living with one foot in the present and the other in the past. But will they have a future when one of them is forced to choose between life and death? Old habits die hard, and sometimes the toughest addictions to shake are the ones that control our hearts.


As the men dispersed, a warm feeling slid over my body when I looked up at Jericho. His eyes were hooded and low, but when he melted me with a possessive gaze, my feet cemented to the floor.

He moved toward me with the grace of a panther—slow and predatory. The external noise from the bar faded away, and all I heard were his silken words as he caressed the ends of my hair, looking at it between his fingers.

“You haven’t changed,” he said in quiet words.

“What do you mean by that?”

Jericho bent down and his mouth brushed against my ear. “Still sexy as sin and making me protect you.”

Goose bumps erupted over my arms. “No one said you had to protect me. I’m not the shy girl you once knew.” My heart raced. The inflection in my tone wasn't as harsh as I’d planned it to be, my words breathy and unsure.

His warm body pressed against mine and when I stepped back, I bumped into a wooden post that pinned me to him. Tingles raced through my body uncontrollably, and I lost the ability to think rationally when I smelled his cologne. Men never had this kind of effect on me. His power slid down my body like hands against my naked flesh.

Jericho had a smile that aroused, and combined with his voice, it became an aphrodisiac.

Or maybe it was the way his callused fingers lightly stroked the back of my neck, as if I were an instrument. As he played me, memories flooded my mind, and I shoved him away, panting and trembling.

Jericho worked his jaw in a frustrated manner, his brows slanting down with a look of disbelief. He shook his head and then backed up.

A brunette appeared out of nowhere in a revealing top that displayed her breasts like cookies in a bakery: warm, tempting, and something you’d regret later.

“How’s my sexy man?” she asked, tucking her fingers possessively in his jeans and nipping on his arm. “You want to go have some fun?”

His eyes stayed locked on mine as he circled his arm around her waist and pulled her against him. She moaned playfully as he squeezed her hip, testing if I had my temper under control.

So I played his game.

Sometimes I could spot the cats. It was all in the purr and the way they slinked their bodies.

“No, thanks,” she replied. “I have something else in mind I want to put in my mouth.”

When she stroked his crotch, I blinked in surprise. Not just because she had the audacity to do that in front of me, but the fact that Jericho tilted his head and gave me a “so what?” look.

Maybe he was right. All that connected us were five amazing years, and that was a lifetime ago. Seeing him made me raw again. Those feelings caught up with me like a shadow that had never let go. Part of me wanted to squeeze him tight and tell him how much I’d missed him—because I had. Jericho had shown me the private side of himself he never gave to others, and I’d done the same for him. Another part of me wanted to hate him for the anguish he’d put me through. And yet, I couldn't help but feel elated knowing that despite his insolence, Jericho wasn't lying in a grave as I’d imagined. He’d somehow assembled his life into something meaningful and gotten a grip on his demons.

Meanwhile, my demons were currently on the rampage and waving pitchforks.

So I said cutting words that hurt because I meant them, and yet I didn't.

Five Weeks by Dannika Dark
My rating: 5 of 5 stars

Five Weeks by Dannika Dark is a 2014 publication. I was provided a copy of this book in exchange for an honest review.

Jericho is still living the hard partying life of a rock star, waking up with two women in bed and feeling no regrets. Why should he? He's not looking for a mate, so …

“My dad was wolf and my mother a cougar. Talk about cats and dogs.”

Isabel Monroe- or Izzy, is the only wolf shifter in a family of cougars. So, she decided to go it alone and met Jericho. Jericho took care of Izzy and they lived together for five years, but only as friends. But, when things got a little strange between them Izzy got the hell out of Dodge.

Currently Izzy is hooking up with Hawk, working at a Shifter bar called Howlers, living in the Austin, TX area.

When fate intervenes in her life and Izzy finds herself face to face with Jericho Cole after having left him years ago, her life changes in ways she couldn't have dreamed.

“Who says you are going to kiss me?”
“ Oh, I'm going to kiss you, baby. And I want you to sit here , thinking about the the lipgasm I'm going to give you.”
One encounter , all those years ago, proved to Izzy that Jericho would break her heart because he didn't care about her the way she would need him to. So, she split. Now, his band has been booked to perform at Howlers and she is mortified to discover he named his band.. wait for it.... Izzy Monroe.

When Hawk gets in trouble and becomes possessive and violent, Jericho once more comes to the rescue. They could forgive each other for the way things were left previously, they could rekindle their strong friendship and let things stand, but there is a problem with that. Neither of them has ever felt a connection to anyone else like they do with each other. To spice things up even more, Izzy is about to go into heat.

This is a very good shifter romance, one of the best I have read in awhile. I will confess I have not read the first two book in the series, so if you haven't either, no worries. This one can be read as a standalone, although of course you will always enjoy a series more if you start with the first book. I do want to go back and catch up on the story from the beginning someday and you will too.

Izzy is a girl I think I could be friends with. She doesn't want to be just a notch on the bedpost with Jericho. She also is alone in the world and so she missed a few glaring signals that Hawk was mixed up with some bad people and he wasn't the guy she thought he was.
Jericho has come a long way since he last saw Izzy, his band is no longer filling stadiums but music is still the only thing he can ever imagine doing with his life. He's gone through really bad times but now he seems to know more about what he wants after he reconnects with Izzy.

This story had me turning pages at speed of light. I couldn't bear the suspense. I think all of us at one time or another has indulged in a little rock star fantasy and couple that with hot shifters and you've got a really entertaining story with smoldering hot romance and sensuality. 4.5 rounded to 5 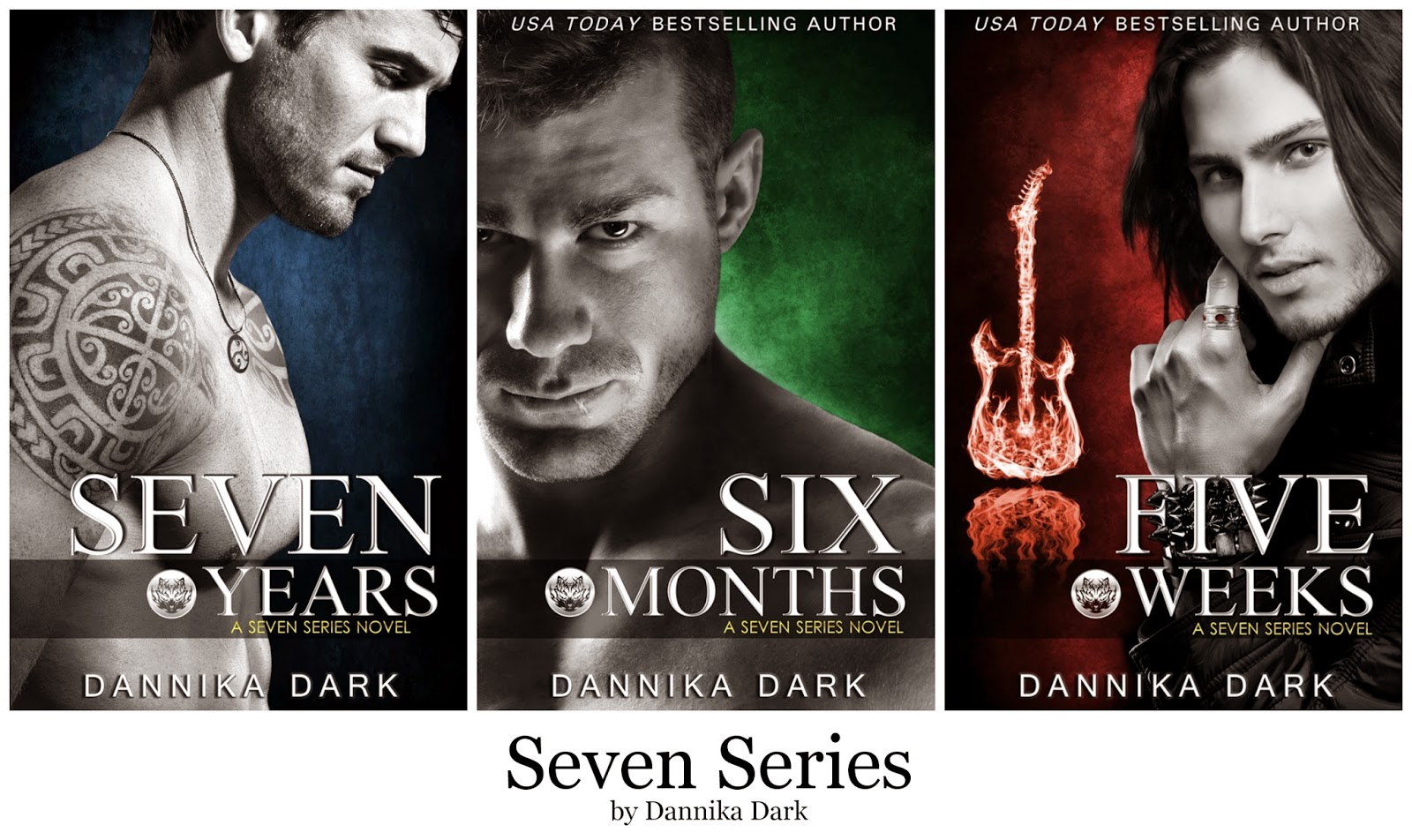 This is the segment where you learn a little more about who I am, so here's what I can tell you:  I drink copious amounts of vitamin water placed precariously close to my laptop while writing. These are two healthy habits I have no intention of breaking. I'm a transplant living in the south, but I was born in the 70's to a military dad who moved us around the world.

When I'm not writing (which is all the time), I'm hunting down Indie music, watching movies, reading, eating Tex-Mex, discovering new ways to humiliate myself bowling, and burning up my laptop battery on the Internet. I have a relaxed, easy-going personality and don't like drama. I live with a cat who thinks she is a dog, or a goat (she eats plastic, so I'm not sure which).

Throughout my life, I've had insomnia. Counting sheep never worked and eventually I would imagine those sheep were the sole source of food after an apocalyptic battle where only thousands survived. I made up stories in a futile attempt to bore myself to sleep. The problem was, I got so wrapped up in my "head stories" that I would continue them through the following nights, changing it up each time to make it more exciting. Eventually, I started writing my ideas down - creating short stories, and then I discovered my love for poetry.

It's almost embarrassing how many spiral notebooks and stacks of paper I have of poetry and lyrics.

Another passion: digital art. I design all my book covers, marketing, and series art. I'm a very visual person and pursued photography as an avid hobby for many years.

I am not a YA author (I feel like I have to state this only because I've had a few people ask), but I think it's wonderful there are so many books available to teens in Urban Fantasy and Paranormal.

I am finally doing what I have always wanted to do: giving my characters a pulse through writing full time. I focus on adult urban fantasy romance, but I don't like labels and I enjoy blending genres to break out of the confines of predictability.

But it's what I love to do.

You can stalk, I mean find Dannika here: