A GENTLEMAN AND A ROGUE BY STEPHANIE BURKHART- REVIEW+ GIVEAWAY


A Gentleman and a Rogue 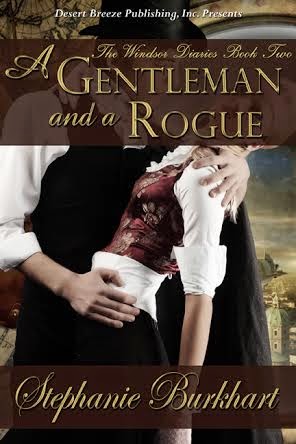 
Edmund of Wales is from the future. His last jaunt through history muffed up the time line. Now, he's here to set it straight and win Keira's heart.


For Keira, if it isn't one obstacle, it's another. Queen Victoria has sponsored a competition to find a cleaner fuel source than coal. Keira's father is trying to build a windmill and the Ridgecrofts are working with gasoline. Then there's Edmund, whose sensual kisses and heated stares distract her down to her bones.


Keira has a choice: trust Edmund's notorious mischief-making or put her faith in Queen Victoria to make the right decision, but if Keira makes the wrong choice, the future of Great Britain will be changed forever.

Richard pursed his lips. "All right, then. I have orders to take you, Alice, Grayson, and Jonas back immediately."


"That ought to be fun -- especially Jonas. He's helping Keira's father build a windmill." "Petrol and electricity are the future."


Edmund grimaced. "No, they aren't. Alice and I tried to tell you -- Keira's compressed natural gas powers our future." His voice filled with conviction.


"Ever since we were children--"


"History changed when Grayson came with Alice. He's here to fix it now."


Keira held up her hands. "Now, boys, let's not raise our voices. I have a feeling you've had this conversation before and came to no resolution."


Edmund glared at his brother. "I'm not leaving. Alice and I have every intention of setting history straight." Richard sighed.


"Besides, the only way to get back to the future is for us to warm our coin necklaces in our hands. You can't do that for us."


"Ever heard of an override switch?"


"No." Edmund's eyes narrowed. He didn't like the sound of that.


"Professor Byron gave me one."


A sinking feeling descended into the pit of his stomach. "What other tricks do you have up your sleeve?"


Exasperated, Edmund raked a hand through his hair. "Think this through, Richard. No, better yet -- listen to your instincts."


"I had an interesting conversation about instincts today with Jocelyn."


Keira tilted her head slightly, a curious expression crossing her face. "Do you know Jocelyn well?"


"I'm staying with the Dunkirks."


"I can't imagine Lord Ridgecroft meeting the suitable test with his goggles and cigars," said Edmund.


"Actually, I find Jocelyn and her father very refreshing."


"So, Richard, what are you going to do?" Edmund asked. 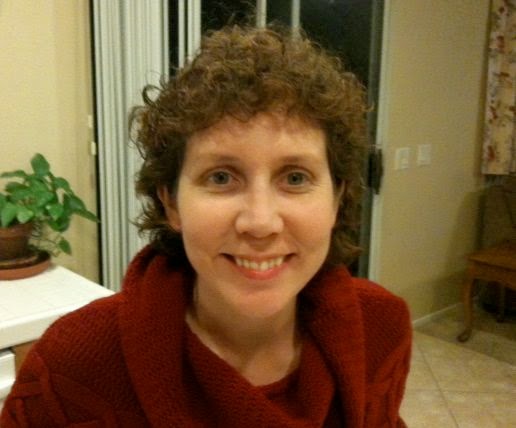 Stephanie Burkhart is a 911 dispatcher for LAPD. She was born and raised in Manchester, New Hampshire. She served 11 years in the US Army and currently calls Castaic, California her home. Stephanie was married in Denmark in 1991 and has two young sons. She adores chocolate and is addicted to coffee. She writes paranormal, contemporary, and steampunk romance and has two children's books published with 4RV Publishing.


BUY LINKS FOR A GENTLEMAN AND A ROGUE:

A Gentleman and a Rogue by Stephanie Burkhart
My rating: 5 of 5 stars

A Gentleman and a Rogue by Stephanie Burkhart is a 2012 Desert Breeze publication. I was provided a copy of this book in exchange for an honest review.

It is always a delight to touch base with these wonderful characters from Stephanie Burkhart's Windsor Diaries series.

The last book left Edmund and Kiera separated as Edmund returned to his own time leaving Kiera behind. It looked as though the two would remain star crossed lovers. But wait... was that Edmund Kiera saw out of the carriage window?

That's right. Grayson, Alice, and Edmond are back in Lincoln in the year 1855 to fix the time line. But, Edmond's brother, Richard, has followed them back in time also. Richard is at odds with the rest of the gang, but when he meets a rather unique young lady he begins to see things from a different perspective. Meanwhile, Kiera has told Edmond she simply can not bear another broken heart and so she refuses to become involved with him on a romantic level again. She has been spending time with Jonas Byron who has been working with Kiera's father. But, all of these folks are going to have to take risk, learn to trust, and have faith that the right decisions will be made without their interference.

Everyone wants things to work out the way they are supposed to for the people in the future. But, they have the be very careful and love could be jeopardy if trust and honor are not adhered to. This would be a really odd situation to be in. One thing after another comes up and by the last chapter your heart will be in your throat as one person will unknowingly be put in serious danger and Richard will have to work furiously to try and save them. So, beware, you will be on the edge of your seat, and will want to immediately dive into the third book to find out what happens.

This series is so fun and zany. Time travel that involves people in history that we are all familiar with , at least a little, romance, and intrigue plus some political issues as well as a little social commentary that gives the reader some food for thought. But, the most important thing is it's entertainment value. I completely lost myself in another time and place and was caught up in the adventure and romance which is just what you want to happen. Another great effort by this author!
4.5 stars rounded to 5.