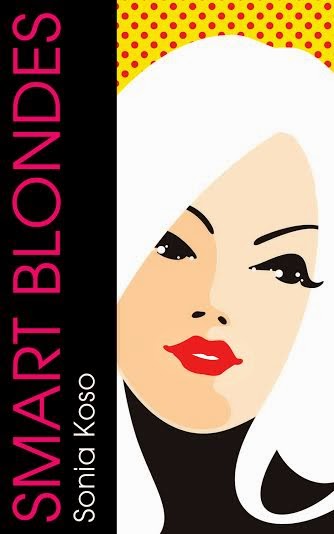 
Austin socialite Carrie Pryce has no clue her criminally charming husband is carrying on with another woman until she returns home unexpectedly, mistakes the sounds of passion for a home-invasion robbery and accidently shoots him in the backside. Stunned, Carrie drives all night to her quirky hometown and collapses in a near-catatonic state.


A crew of ladies spanning three generations realize it’s up to them to help Carrie get her life out of the ditch. Known as the “Presbyterian Mafia,” these are not sweet old gals. They have a book club that never reads, a garden club that doesn’t garden, and a bible study class that gossips about the Methodists. They’re known around town for antics including catfights, car chases and Voodoo rituals. The women enlist Carrie’s former childhood best friend Portia (now a lawyer) and her flamboyant cousin Eric (recently returned from New York) in their effort.


While dealing with the after-effects of her imprudent gunplay and managing a hair color disaster, Carrie meets Rhett Richards. He’s an attractive oil field worker who can make women think un-Christian thoughts by the mere act of wearing a pair of tight wranglers. Carrie soon learns that hometowns can be the perfect places to bury old scandals and create new ones.


The Texas Chili Parlor was two blocks from Deane’s condo. On the short walk over, she explained that when the legislature was in session, it was very popular with politicians.


“Many laws have been drafted and many alliances forged chili and beer at the Parlor,” Deane said. “It’s also a haven for locals who don’t jive with all the skinny jean wearing hipsters moving to town.”


Deane walked them past a couple of motorcycles parked out front and opened the door to the mostly neon-lit establishment. She was immediately met by a man sitting on a stool at the end of the bar. He was wearing a Rolling Stones t-shirt Famous bar in Cozumel and frayed cargo shorts and had a head of coarse hair the color of hay.


“Deane!” He said, standing up to hug her. Deane kissed him on the cheek. “Oh no,” he said. “I want the real thing,” and proceeded to kiss her square on the lips.


The man smiled and vacated his seat, offering it to Deane.


Pep, the bartender, who was sporting a long salt-and pepper goatee, came over. He had a pink drink ready and handed it to Deane.


“All work and no play,” Deane said, taking a sip of the drink.


“What is that?” Eric asked, eyeing the slightly pink concoction.


Eric and Carrie stared at each other. Who knew Deane Linley did shots?


“James, you know that shooting liquor leads to shooting pool,” Deane said with a wink. “And I’d feel bad about taking all your money again.”


Carrie and Eric looked at each other again. Who knew Deane could play pool? And who would’ve guessed she might be good at it? Was the Chili Parlor the portal to an alternate universe?


“So what brings you to town?” James asked Carrie and Eric.


“Well,” Carrie drawled as she took a sip of the Drew drink. “I live here and….” Her mind derailed for a moment. What was she going to tell people about her and Jake? She said the first thing that came to mind: “Bad marriage stuff.”


“What about you?” James asked Eric. “Married? Divorced?”


“Always the bridesmaid, never the bride,” Eric replied. He pretended to flip non-existent long hair from his shoulder.


James seemed completely comfortable with Eric’s flamboyance but he was the kind of man born and bred in Austin who goes with the flow and likes everyone. Gay, straight, black, white, brown; none of it mattered if you were good-natured.


After a round, James kissed Deane on the cheek and told her it was time he headed home.


“Is that your motorcycle outside?” Deane asked. “The black and white one?”


“Ride like you stole it,” she said, putting one hand on her hip.


With that, James and his inviting smile were out the door and off with the throaty roar of a Harley.


Eric stared at Deane widening his eyes and pursing his mouth. “Look who has a boyfriend.”


“Awful young for you,” Eric teased. “Who knew you were a cougar?”

(THIS BOOK IS PART OF THE NEW KINDLE UNLIMITED SERVICE)


Sonia Koso grew up in the eccentricity-filled piney woods of North East Texas. She has been writing since an early age and considers it her first love. After receiving a B.A. in English Writing, her life took a drastic turn and she went to law school. Sonia practiced law for over a decade but was drawn back to writing in 2012. Sonia's stories feature strong women, good-looking guys, legal dilemmas and a dose of humor. Smart Blondes borrows many characters from her childhood as well as her legal career.


Sonia does most of her writing at her condo in Austin’s hip SOCO district. It’s in walking distance from landmarks including Lady Bird Lake, the Continental Club, and the Congress Avenue Bat Bridge. When not writing, Sonia divides her time between the live music of Austin and the sunshine of Boca Raton. She loves Tex-Mex food, blue water, cocktails and good friends. Sonia often dreams of a man who can do his own laundry and a walk-in closet with a chandelier…but not necessarily in that order.

Smart Blondes by Sonia Koso
My rating: 4 of 5 stars

Smart Blondes by Sonia Koso is a July 2014 publication. I was provided a copy of this book in exchange for an honest review.

Austin, Texas is a thriving community of the Avant Garde and the affluent mixing and mingling seamlessly. Into this area, two girls grew up together, one a beautiful outgoing blonde who commanded attention from everyone easily, while the other was always in the background being the studious cheerleader for her friend. After growing up they took different paths in life and lost touch... until one of them gets herself into a bit of jam and heads home.

As it turns out Carrie's charmed life has come to a crashing halt. Her husband, Jake is having an affair with the french maid and Carrie catches them in the act. Her reaction was priceless. She returns home and moves back in with her mother and seeks the advice of her childhood friend, Portia who is now a successful attorney. While Carrie has been living the socialite lifestyle, Portia has been working her tail off. But, she has a good marriage and her only wish is that someday she and Travis will be able to have a child, which is something they are having trouble with.
With Carrie's return, some of Portia's resentments return as well. However, Portia is a professional and an adult so she works at putting all that in the background. Meanwhile, we are introduced to a really eccentric and hilarious cast of characters that are friends and relatives of Carrie and Portia's. Eric is a gay cousin , and Deane is really an old family friend but was like a grandmother to the two girls. The marriage of Jake and Carrie is for all intents and purposes over with, Jake being the initiator . Jake's mother who never liked Carrie attempts to control Jake and her granddaughter and all the ensuing divorce issues.
The characters are either very solid with good moral principles or they are shallow and self absorbed and immature. Carrie is sort of milling around in the middle of all that trying to discover her true self. Portia learns a lot about her childhood friend while working on her case and learns that things were not always the way they appeared to be. She ends up gaining a lot of respect for Carrie by the time all things are said and done. When it looks as though Carrie will have to start her life over not only as single mother , but all the bells and whistles she has become comfortable with will no longer be supplied to her by her soon to be ex-husband. But, Portia has refused to just let things go and is working furiously to find a way for Carrie to get what she deserves.
I really enjoyed this book. It would fall into the women's fiction or chick lit genre and is really screwball at times . Each character is well defined and you will love them, hate them, feel bad for them, care about them and root for them. As a Texan I could sort of relate some of these people and could recognize the type of character the author described. Sometimes though the characters were eccentric enough that they could have been from areas much further south and would have fit right it. ( No offense, I was born in the deep south and am a transplanted Texan) . You will love the way things turn out for everyone in the end. Everything all comes together in the most hilarious way and even though it's not the Happy Ever After of fairy tales , it's really a lot better. I'm going to rate this one 4 stars.