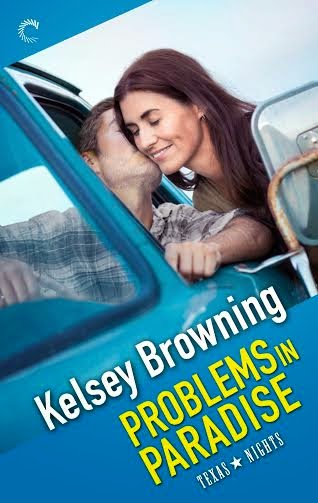 PROBLEMS IN PARADISE by Kelsey Browning


Eden Durant hasn't always been Eden Durant. She's made a fresh start in Shelbyville, Texas, far from her mother's notoriety. Running the Paradise Garden Café is as much excitement as Eden wants—or it was, until she meets Beck Childress. Although he's the one man who could expose her past, she's willing to open up enough to see if he might be her future.


Chief Deputy Childress is determined to get to know the real Eden, when he isn't busy cleaning up after the sheriff and running in the election to replace him. When several men fall sick after eating in Eden's café, he investigates even as her mysterious past raises both his suspicions and his protective instincts.


As their relationship heats up, so do the pressures of Beck's campaign. When Eden's secrets are revealed, jeopardizing his dream of becoming sheriff, he'll need to choose: serve and protect the town he loves or the woman who makes it home.


“A hot man, a headstrong woman, and sizzling chemistry set against a homey Texas backdrop—Browning’s contemporary debut has all the assets that count!”  -Ruthie Knox, USA Today bestselling author of Flirting with Disaster

“Sinfully hot, sassy, and laugh-out-loud hilarious—everything a southern romance should be!” -Macy Beckett, author of the Sultry Springs series 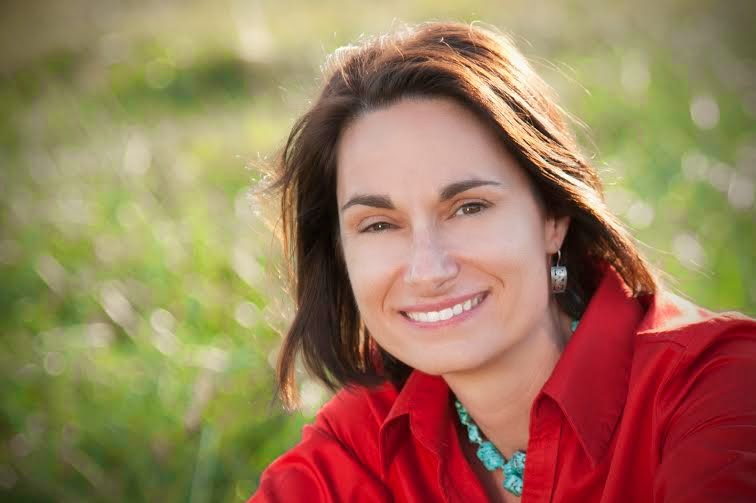 Kelsey Browning writes sass kickin’ love stories and cozy Southern mysteries. Originally from a Texas town smaller than the ones she writes about, Kelsey has also lived in the Middle East and Los Angeles, proving she’s either adventurous or downright nuts. These days, she hangs out in northeast Georgia with Tech Guy, Smarty Boy, and Bad Dog. She’s currently at work on the next book in her Texas Nights series and The Granny Series.


Kelsey will be giving away one digital copy of Personal Assets, the first book in the Texas Nights series to one commenter at each blog stop. Each blogger will choose how long to let the giveaway run and will select their winner. Please email Amy (amy@remus.net) the name and email address of the winner.


Reading by the Book


Musings From an Addicted Reader


So I Read This Book Today


Ramblings From This Chick

Problems in Paradise by Kelsey Browning
My rating: 5 of 5 stars

Problems in Paradise by Kelsey Browning is a 2014 Carina Press Publication. I was provided a copy of this book in exchange for an honest review.

This book is laugh out loud funny! One screwball thing after another has Beck and Eden struggling for time alone as they deal with accusations about Eden's cafe and Beck's run for Sheriff, Beck's sister Clare, who has appointed herself Beck's campaign manager and Eden trying desperately to keep her past hidden.

Eden left L.A to start over in the small town of Shelbyville, Texas. She changed her name and opened a cafe and lived a low key life until someone broke into the cafe. Things go downhill from that point on for Eden.

Beck's life is pretty calm until his sister Clare shows up swearing up and down that her husband is having an affair and she has left him. She's a former beauty queen that is beginning to feel the effects of middle age and decides that Eden is a threat to every long standing marriage in Shelbyville and so she needs to fix that problem right away.

Poor Beck has women trouble everywhere he turns. He's dying to find out what Eden has hidden under all those pairs of overalls she wears, but with the break in at the cafe and subsequent bouts of possible food poisonings, Beck can't seem to manage a single uninterrupted date with Eden. His sister is driving him nuts and a resident of Shelbyville swears Eden tried to kill her husband which could force Eden to close the cafe.
If all that weren't fodder for all the gossips when it come to light who Eden really is thing really get out of hand. This is when we discover why Eden feels she needs to completely change her life and who could blame her. Sadly, this big reveal could forge a wedge between Beck and Eden that they may not be able to overcome.
So can the health food nut and the junk food junkie make a go of it after all?

Sweet, funny, and sexy this book was a lot of fun to read. Beck and Eden are both really great characters and the troublemakers will have you seeing red. You will root for this couple that are like complete opposites but are still great for each other, if only everyone would get out of their way. If you like romantic comedy and contemporary romance you really need to check this one out. I loved it from start to finish!
Five stars for this one!!
Posted by gpangel at 12:00 AM