GAMBLING WITH THE CROWN BY LYNN RAYE HARRIS- REVIEW 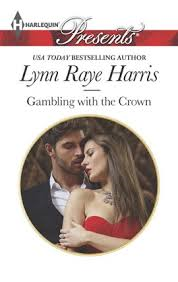 Gambling with the Crown by Lynn Raye Harris
My rating: 4 of 5 stars

Gambling With the Crown by Lynn Raye Harris is a 2014 Harlequin Presents Publication. I was provided a copy of this book in exchange for an honest review.
BOOK BLURB:
Mills & Boon Sexy series delivers what you love in contemporary romance - glamour and scandal in exotic locations…
This Sheikh plays to win!
The crown of Kyr holds no appeal for pleasure-seeking Sheikh Kadir al-Hassan—his memories of the kingdom are as dark as a desert's night. But neither will he shirk his duty…. Instead, Kadir returns home with a bride so unsuitable, no one will want him to be king!
Long-suffering assistant Emily Bryant is the most important person in Kadir's high-octane life, and the most invisible—until she's promoted to royal bride! Sealing their marriage bargain with a scorching kiss leaves Kadir craving more….
Now Kadir must decide what's really at stake in his royal game—his desert duty, or Emily!

I have read Lynn's HOT series but I have not read her Harlequin novels , so when the opportunity to review this book for Lynn opened up I jumped on it. I will be honest and say I don't read a lot of Harlequin Presents novels and I never really understood the fascination with Sheikhs. But, when I started reading this one I couldn't put it down. I mean I was really sucked into this story. Kadir was so full of himself and had an air of entitlement about him which I felt was probably authentic since he was raised as a prince. It was also realistic to believe he was not all that interested in being the King. It's not until he makes Emily an offer she can't refuse that he actually sees Emily as a person and not an employee. Once Emily became a bride the relationship with Kadir naturally changed and the two really struggled with how to adjust to that. For Emily the money would change her life and give her freedom to be with her father more. Her attraction to Kadir was always simmering under the surface but she saw how he treated women and used them and had no desire to end up like one of them. But, Kadir realizes how shallow and empty his life has been when he sees how real Emily is. She doesn't kiss up to him or expect anything from him in an emotional sense. In fact, her attitude towards him is really kind of bad. Kadir is astonished by her perceptions of him. It takes awhile for Kadir to finally realize he actually wants this marriage to be a real one, but will it be too late to convince Emily?
I enjoyed this book and had only one small complaint. I wish that Emily would have been just a little warmer. Sometimes she was so bent on protecting her heart she came off sounding judgmental and a little cold. She never did actually tell Kadir she loved him. It was almost like her pride wouldn't allow her to admit the depth of her feelings for him. The small acknowledgement she did give him seemed to be given grudgingly. So, even though I know the couple will get their happy ever after, I felt that it would be awhile before Emily really got on the same page with Kadir. Other than that I recommend this book to all contemporary romance lovers. I see this is a new series and I have already added the second book into my TBR. This one gets 4 stars. 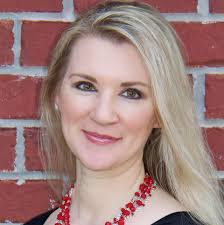 USA Today bestselling author Lynn Raye Harris burst onto the scene when she won a writing contest held by Harlequin. A former finalist for the Romance Writers of America’s Golden Heart Award and the National Readers Choice Award, Lynn lives in Alabama with her handsome former military husband and two crazy cats. Lynn writes about hot military heroes, sizzling international billionaires, and the women who dare to tame them. Her books have been called “exceptional and emotional,” “intense,” and “sizzling.”
Ten Random Things About Lynn You Might Find Cool:
1. I’m a member of the Daughters of the American Revolution. This makes my husband a HODAR (Husband of DAR), which I find hilarious.
2. I used to ride show jumpers when I was a teenager. Other teens were going out with their friends while I was riding horses every evening after school.
3. I’ll try any kind of food once, unless it’s really weird (like scorpion-on-a-stick). I have eclectic tastes and I believe life is an adventure! Why not try the food, right?
4. I got married in Germany and I have two anniversaries. The first is the civil ceremony, performed by the Burger Meister, and the second is the church wedding, which was the next day.
5. I used to live in Hawaii. This was every bit as cool as it sounds.
6. Though I lived in Hawaii, I am not a water sport kind of person. I do not surf. I do not snorkel. I do not like sticking my toes in an ocean in which sharks also swim. I did it on occasion, but it’s not my favorite thing to do. I’d rather look at the water from the beach.
7. Flying used to terrify me, and now I like it. Except for the long lines and security and all that stuff, of course.
8. I’m an introvert, which is pretty typical for a writer. I love going to events and meeting readers, but I’m kinda scared too. What if you don’t like me?
9. I don’t eat dessert very often. I’m just not a sweets kind of person. I’d rather have the savory than the sweet. Chocolate is good, and I like it, but I don’t have to have it.
10. I will read just about everything. Except horror. It scares me.