KISS ME GOODNIGHT BY MICHELE ZURLO- SPOTLIGHT AND GIVEAWAY 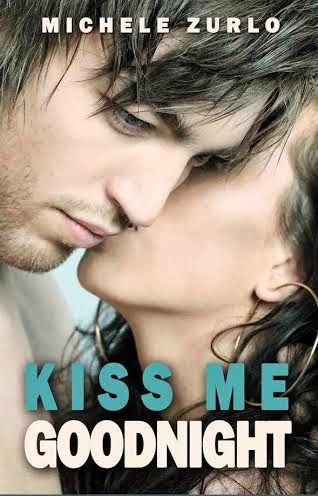 Within minutes, Mr. Hotness appeared on the other side of my table, blocking my view of the road. I was struck by his teal eyes. I hadn’t expected them. The color seemed too bold to be true on the surface, but when I looked more closely, I saw flecks of blue and green. His midnight hair, longish, falling over his forehead and curling at the ends, made their color stand out even more.

He smiled—a friendly one, not a wanna-fuck one. "Are these seats taken?"

I wouldn’t have minded seeing the wanna-fuck one, though he was clearly with his son, and blatant flirting, even if he was divorced, would be crass. I didn’t see a Mrs. Hotness or a ring anywhere, but men this yummy didn’t stay single for long. And again, the fact that I found him attractive spoke volumes. I might be seeing his face tonight in place of Davey’s. Sorry, Davey. Oh—maybe Mr. Hotness and Davey together, both of them focused completely on me. That fantasy bore further exploration.

I shook my head. The thought of those lips wrapped around pink parts of me banged around in there, but eventually clattered away. I did not give him an inviting smile, though I was tempted. He oozed sexy badness, and whoever says they don’t have a weakness for that has a serious case of the pants-on-fire syndrome.

Excerpt:  (Lacey meets Thomas for the first time)
I was in high school ten years ago. I wasn’t sure about B.J. We stared at each other in an odd silence. The air should have crackled with tension. After all, I was pretty sure he was firing me, but the room did not grow heavy with the weight of my impending doom. I think we both found this development odd. If I had to pinpoint anything developing in the air between us, I’d to go with a different kind of friction. That unsettled feeling in my tummy returned, though it was not as acute as it had been earlier with Dylan. Based on the way B.J. looked at me and then away, I guessed he was experiencing the same malady.
As we studied one another, I became aware of him as a man. I shifted and put some serious energy into resisting the urge to play with my hair or smile coyly. If we’d been in the coffee shop, I think he would’ve struck up a conversation culminating in a request for my phone number, and I would’ve given it to him.
B.J. rubbed his thigh, drawing my attention there, and picked at some lint on his sock—again, not very boss-like. "We’re downsizing to make the company salable. The alternative is to just close up shop."
His tone was closer to "Hey, I like you. Want to grab coffee?" than "You’re about to lose your job." I had no idea how to take that, so I ignored his tone and responded to the meaning behind his words. 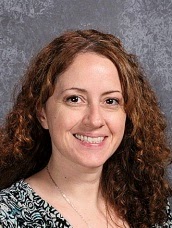 
I’m Michele Zurlo, author of over 20 romance novels. During the day, I teach English, and in the evenings, romantic tales flow from my fingertips.


I’m not half as interesting as my characters. My childhood dreams tended to stretch no further than the next book in my to-be-read pile, and I aspired to be a librarian so I could read all day. I’m pretty impulsive when it comes to big decisions, especially when it’s something I’ve never done before. Writing is just one in a long line of impulsive decisions that turned out to showcase my great instincts. Find out more at www.michelezurloauthor.com or @MZurloAuthor.

Kiss Me Goodnight by Michele Zurlo
My rating: 4 of 5 stars

Kiss Me Goodnight is by Michele Zurlo is a 2014 Omnific Publishing release. I was provided a copy of this book in exchange for an honest review.

Lacey finds out she is about to be out of a job and falls back on behavior that she seems incapable of controlling. She lies and washes her hands obsessively and does things six times or has six of everything. These symptoms are recognized immediately by a Dylan, a guy Lacey accidently spilled coffee on at the food court. She and Dylan continue to run into one another and once Lacey is sure Dylan is single she lets her guard down around him a little.
Dylan is in a band named... yep you guess it- "Kiss Me Goodnight" . It just so happens Lacey is going to work at the club where Dylan is playing. Before long, Lacey has become the band's manager. But, things between Lacey and Dylan tend to run hot and cold. Dylan isn't married now, but he was. The situation is really sensitive and Lacey is sure Dylan is still pining over his wife. So, when Lacey's former boss makes contact with her and asked her out, Lacey doesn't see why she should hang around waiting for Dylan. Dylan's reaction to Lacey's new love interest is rather interesting. Does he just want to be friends with Lacey? Does he view her as a fragile, mentally ill girl that he feels compassion for and nothing else? Well, those are very good questions and Lacey thinks she knows the answers. But is she right about Dylan?
Recently, I have fallen out of love with New Adult romances. The characters are too immature and let one hurt destroy all the good in a relationship. This book is NA but very different and a cut above. This book is listed as New Adult but could also fall into the Chick Lit or Contemporary Romance categories as well. I thought the author did a very good job of writing in first person . It's obvious that Lacey has OCD and it's not being controlled medically or with a counselor. Despite those handicaps, Lacey does manage to lead a productive life although she can drive her friends and family a little crazy. It's not doing things six times, it's not the constant hand washing, it's the lying that gets to most people. We aren't talking about little white lies here. These are whoppers!! Lacey has quite an imagination too! Sometimes I couldn't help but laugh at her antics, but I know it's not really funny. The author does a good job of showing how life is for those suffering with this type of disorder. That is why the first person narrative works so well here. We are inside Lacey's head and are getting a front row seat to her everyday struggles.
Dylan ... well, that's a tough one. I think I have to side with Lacey because Dylan never indicated he was romantically interested in Lacey. He's quiet and moody and expects Lacey to know how he feels without showing her or telling her. It wasn't until Lacey got fed up with him and started trying to move on with her life that Dylan decided he had the right to be jealous. He then turns into a real arse . I don't know how I would feel if I were Lacey . I think she had a right to feel angry and hurt . Does Dylan redeem himself? Slowly, but he's still so low key and quiet. I guess Lacey needs someone like that considering her condition, but I would have liked more of a grand gesture for Lacey. While Dylan had some real hard knocks in life, Lacey really had some HUGE traumas and so I felt bad for Dylan but not as bad as I felt for Lacey. Overall this was a very solid romance novel that dealt with difficult subject matter and still managed to entertain. This one gets four stars.

a Rafflecopter giveaway
Posted by gpangel at 6:00 AM