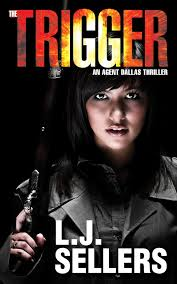 The Trigger by L.J. Sellers
My rating: 4 of 5 stars

The Trigger by L.J. Sellers is a 2014 Spellbinder publication. I was provided a copy of this book by the publisher and Netgalley in exchange for an honest review.
Special agent Jamie Dallas is beyond ready for some field work. Finally she gets the call to infiltrate a group of environmental fanatics because one the leaders of the group, Randall Clayton, is a suspect in his wife, Emma's disappearance. Even more troubling is their young son is also missing and their car is found wrecked and abandoned. Emma's father is beside himself with worry. The other leader of the group, Randall's brother, Spencer, is tending to his terminally ill wife. Spencer knows she has only days left to live and he still wants to have a family, so when SA Dallas applies to join their group and he sees she has a little money, something the group is in dire need of, and she bears a striking resemblence to his wife, Spencer begins to rush her application through in record time. Once inside the compound, Dallas begins to believe that Emma and her son may not be dead, but are being held hostage on the premises. But, time is of the essense because the brothers have a plan in motion to bring down the nation's economy.
This is a spin off , if you will, from another of Sellers' series in which SA Dallas made an appearance. Dallas is a complicated character that has a sad past that shaped who she became as an adult and ironically helps her do her job quite well. Dallas is very adept at pulling off deceptions . If not for the extreme incompetance of other law enforcement personnel and the over the top paranoia of Randall Clayton, Dallas wound have had zero problems with Spencer Clayton. But, the situation gets out of hand in a hurry. Dallas will have to think fast on her feet in order to find Randall's wife and child and prevent the economic disaster the Clayton's are planning to trigger.
In the background, Dallas's partner is working on a related case that involves the discovery of a woman found dead in a body of water that may have also had connections with the extremist group.
The characters in the book are quite believable since in real life we have seen these groups crop up and get media attention and the FBI is usually involved in trying to determine how serious they are and if they are threat. Randall has some mental issues that were alluded to making him take things more seriously and go beyond the norm to achieve thier goals. Spencer is trying to pull of their plans without actually causing a major showdown with the authorities. Both brothers are certain that something terrible is on the horizon due to global warming and other environmental issues. They have smart, computer literate people helping them to hack into computers to force an economic disaster. All of this is quite plausible.
As to Special Agent Dallas, she is an interesting character who would rather keep her relationships on the short term and even diliberately sabotages them so she can continue to live life on the edge. She has a therapist who tries to understand her need to walk on the wild side of life. So far, he doesn't seem to have a clue as to what kind of treatment this woman needs. The conversations she has with the shrink are sort of funny. She seems to be comforting him and not the other way around.
Overall this is a really great start to a new series and I am very interested in seeing how Jamie Dallas's personality will develop and how she will use her unique talent to save the world. This one gets an A. 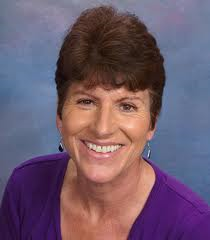 I’m an award-winning journalist and the author of the Detective Jackson mystery/suspense series: THE SEX CLUB, SECRETS TO DIE FOR, THRILLED TO DEATH, PASSIONS OF THE DEAD, DYING FOR JUSTICE, LIARS, CHEATERS & THIEVES, RULES OF CRIME, and CRIMES OF MEMORY.

I also have there standalone thrillers: THE BABY THIEF, THE GAUNTLET ASSASSIN, and THE LETHAL EFFECT. When not plotting murders, I enjoy cycling, social networking, performing standup comedy, and attending mystery conferences. I’ve also been known to jump out of airplanes.