Raw Silk: A Novel by Janet Burroway
My rating: 5 of 5 stars

Raw Silk by Janet Burroway is a 2014 Open Road Integrated Media publication. I was provided a copy of this book by the publisher and Netgalley in exchange for an honest review.

Virginia is an American married to Oliver living in England with their daughter, Jill. They both work in the textile industry, Oliver being the number two man. When Jill begins to have difficulty in school, Oliver insist she attend a boarding school. Virginia is not really into that idea, but Oliver is a man that usually gets his way, so now Virginia is at loose ends. She still has her job to occupy her, but she's lonely. Enter in a new employee that is young and insecure that needs a little maternal influence and Virgina feels drawn to her. Oliver is strenuously opposed to the friendship mainly because he feels embarrassed that his wife is spending time with such a lower class person when she should be trying to politic with the crowd Oliver must impress, especially since his boss also frowns on the friendship. Ginny will not be deterred however and as her friendship with Frances becomes more involved and Frances becomes more erratic, Oliver becomes angrier and begins forcing Ginny into rough sex.
As Frances lies in the hospital, Ginny's marriage to Oliver becomes even more strained. He is preoccupied with the merger of his company with a company in Japan. The community and the workers are all quite nervous and Oliver is almost impossible to be around. The only pleasure Ginny finds is when she can spend time with Jill.
When a design submitted wins the coveted Carnaby Award, it is presumed it was Ginny's. However, she had submitted it on behalf of Frances. But, with Frances in the mental state she is, Oliver has no qualms about seeing that Ginny takes the credit for the design.
This is how Ginny winds up in Japan. Her journey there will be an awakening for her and a wake up call for Oliver. But, is it too late for Oliver? Has Ginny realized that all she ever needed was right there within her own self and with her own talent?
This is an absorbing story as Ginny starts off with a traditional marriage and family life, then has her husband slowly begin to change. He becomes status conscious and a control freak, while Ginny struggles to keep a piece of herself that belongs to her. Oliver even interferes with the one relationship that has brought joy into Ginny's life, and that is Jill. But then she latches on to Frances and becomes a mother like figure to her, Oliver hates that too. Then when Ginny has finally had all she can take of him, she branches out on her own leaving Oliver in shear panic. I didn't feel sorry for him at all. I loved watching Ginny immerge out the prison that was her marriage and take charge of her life. Once she felt the exhilaration of independence and freedom, she knew she could never go back to her previous life. I suppose you could say this is a journey of self discovery and even triumph. I have no idea what genre this book falls in, but I have to say it most likely fits into the contemporary fiction or literary fiction category and maybe a little bit of women's fiction. This is a very unique drama that leaves the reader feeling at peace on Ginny's behalf.
The authors prose is just beautiful will have the reader eating from her hand from the first chapter to the last.
Overall this is an A+ 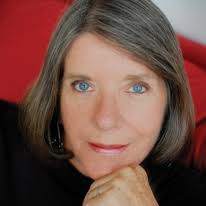 Janet Burroway is the author of seven novels including The Buzzards, Raw Silk (runner up for the national Book award), Opening Nights, and Cutting Stone; a volume of poetry, Material Goods; a collection of essays, Embalming Mom; and two children's books, The Truck on the Track and The Giant Jam Sandwich. Her most recent plays, Medea With Child, Sweepstakes, Division of Property, and Parts of Speech, have received readings and productions in New York, London, San Francisco, Hollywood, and various regional theatres. Her Writing Fiction is the most widely used creative writing text in America, and a multi-genre textbook, Imaginative Writing, appeared in 2002. A B.A. from Barnard College and M.A. from Cambridge University, England, she was Yale School of Drama RCA-NBC Fellow 1960-61, and is Robert O. Lawton Distinguished Professor Emerita at the Florida State University in Tallahassee.