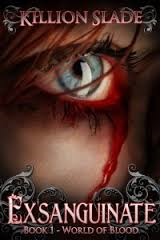 GET YOUR FREE COPY MARCH 8TH AND 9TH AT http://www.amazon.com/Exsanguinate-Vampire-Urban-Fantasy-World-ebook/dp/B00H6WI71Y/

Exsanguinate - World of Blood by Killion Slade
My rating: 5 of 5 stars

Exsanguinate by Killion Slade is December 2013 Spirit release, a division of Draconian publishing. I was provided a copy of this book by the authors in exchange for an honest review.

I think most people are familiar with the Halloween festivals in theme parks, such as Six Flags. Haunted houses are the biggest draw. Cheyenne O'Cuinn, is a software gaming developer. She and her sisters plan on going to the theme park haunted house. The terror for Cheyenne and her sisters is very real when they are attacked viciously. Cheyenne survives the attack, but her sisters are missing. When Cheyenne recovers enough to leave the hospital it seems that she didn't get out the attack unscathed after all. Now, she finds she must deal with what has happened to her, find her sisters, and deal with a love affair that has mainly taken place online in a role playing game, which is also where she finds clues to her sister's whereabouts and why they were kidnapped.
It seems there is a plot among vampires to mate with humans to form a species named dhampirs. This may be the reason her sisters have been taken... to become breeders.

In a race against time, Cheyenne will encounter vampires, werewolves, and dragons. But, who will she be able to trust?

I haven't read an Urban Fantasy novel in awhile. When it comes to this genre, I can be hard to please, so this one was good choice. A very imaginative novel unlike anything I have read previously. I loved the character of Cheyenne. She is strong but fragile, loyal and tenacious, and smart.
I also liked the clues and strategy being included in the online role playing game. This is really clever and not as far fetched as you may think. Gamers of course know this, but some readers may not realize just how vivid these games are and how many people are involved. Information could easily be communicated to key people through the game and people have done this, some who were using the game for this purpose entirely.
The horror being enslaved for the purpose of creating a vicious race to become warmongers is terrifying.
The romance is fragile. Cheyenne discovers her long time online lover has a pretty big secret. Now, however, there could be hope for them, but can he be trusted?
The only problem I had with the book was that it ended. I can't wait for the next book! This book will appeal to those that enjoy horror novels, but mostly to the Urban Fantasy fans out there.
This one is an A+ 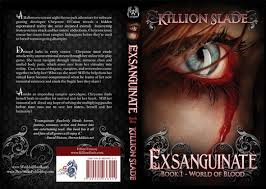 I AM SO EXCITED TO HAVE KILLON SLADE ON MY BLOG TODAY!!! WELCOME TO THE BOOK REVIEW AND THANKS FOR TAKING THE TIME OUT TO VISIT WITH US TODAY!


Hi Julie! Thank you very much for having us today. It is a great honor to be with you and your readers today. 


Answer: We’re all over the place. Stop by we’d love to hear from you and connect!

US Amazon Link: ebook and print books available at http://www.amazon.com/Exsanguinate-Vampire-Urban-Fantasy-Series-ebook/dp/B00H6WI71Y/ 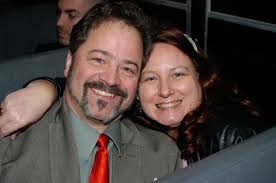 Winner of the 2012 Wicked Women Writer Award, Killion Slade is a married writing & publishing team who met in Second Life and virtually enjoys everything. Mrs. Slade writes and Mr. Slade publishes. Members of the Horror Writers Association and the Paranormal Romance Guild, they story board their characters inside Second Life as their avatars unfold their stories.
Killion's Debut Novel, Exsanguinate, published on December 9, 2013. Exsanguinate is a paranormal urban fantasy thriller series, where a gaming software developer navigates wicked clues inside her own online role playing game to rescue her kidnapped sisters before they become breeders for a dhampir army.
Killion's published short stories can be found in Sirens Call, The Danse Macabre, Cynic Magazine, Bewildering Stories, Midwest Literary Magazine, and in the anthologies Bite from the Heart, Death Sparkles, Roms, Bombs,and Zoms from Evil Girlfriend Media and the upcoming anthology, The Ghoul Saloon from Static Movement.
Killion was honored as a finalist for their "Robbie the Ghoulie" short story at In the Snake Magazine.
Learn more about Killion Slade by exploring at http://www.killionslade.com and https://www.facebook.com/killion.slade, Pinterest http://pinterest.com/killionslade/ & the Twitterverse @killionslade.
Where Scary Can Be Horrifyingly Funny 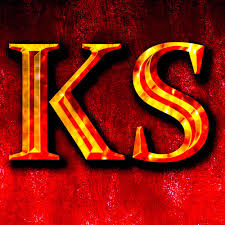 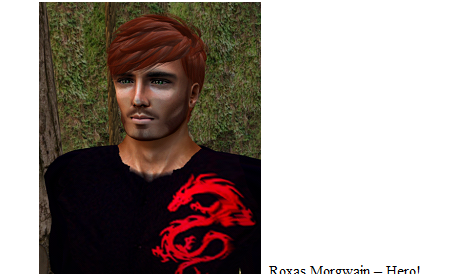 
PINTEREST CONTEST:
For three additional points pin the cover of Exsanguinate to
http://www.pinterest.com/killionslade/