A COLD DAY IN HELL BY JERRIE ALEXANDER 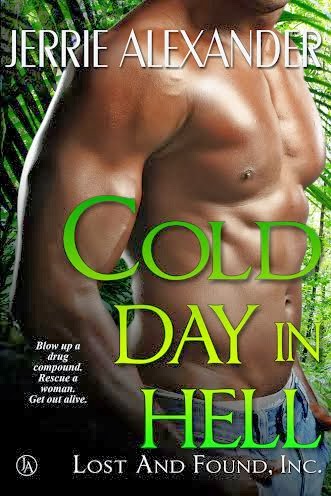 Ex-Army Ranger Tyrell Castillo's first mission for Lost and Found, Inc. goes awry when his contact is kidnapped, and he's left scrambling for weapons and explosives. He'll have to blow up a drug cartel's compound, rescue the woman, and keep her safe while they cross the sweltering hot Colombian jungle.


Driven by the need for revenge, Ana Maria Vega Cisneros doesn't want to be rescued. She wants revenge. She'll risk her life to ensure the drug lord who killed her family suffers the same fate.

The cartel leaves a trail of blood on their hunt for Ty and Ana. When Ty receives the order to kill the drug lord with extreme prejudice, he and Ana will face the enemy head on. Can Ty protect the woman who's hell bent on vengeance? The woman he's grown to love?

He didn't have time to reason with her. And from what he'd seen so far, sweet-talking her was out. "I'm going to remove my hand. If you fight me, I'll tie and gag you. Got it?"

This time he got a full nod. The expression behind her eyes made him doubt her honesty.

"I don't have time to argue, so you'll have to trust that I'm the contact you were supposed to meet in Bogota." Cautiously, he lifted two fingers from her lips and waited to see if she complied.

"I know who you are," she hissed. "And you've ruined everything."

"Me? I think you've cornered the market on screw-ups." He quickly assessed her condition. Other than the bruise, she appeared to be unharmed. Long dark hair fell around her shoulders. She wore jeans and a T-shirt. All she needed was shoes, preferably a good pair of boots.

Damn, she was a little thing. Beautiful, bruised, and pissed. Protecting her as they crossed the sweltering jungle wasn't going to be easy. This woman was going to make the next few days a living hell. 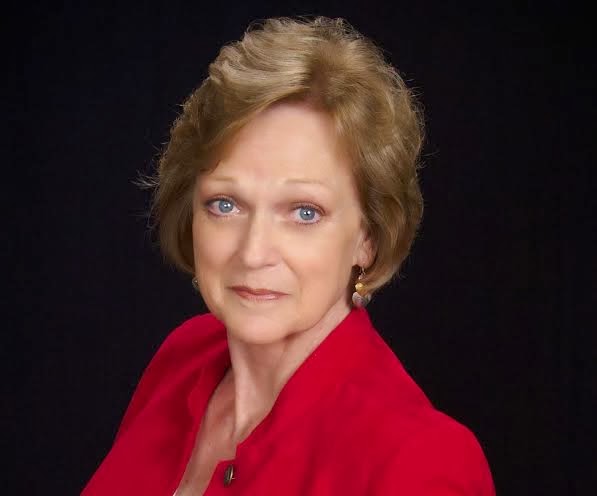 
A student of creative writing in her youth, Jerrie set aside her passion when life presented her with a John Wayne husband, and two wonderful children. A career in logistics offered her the opportunity to travel to many beautiful locations in America, and she revisits them in her romantic suspense novels.


But the characters went with her, talked to her, and insisted she share their dark, sexy stories with others. She writes alpha males and kick-ass women who weave their way through death and fear to emerge stronger because of, and on occasion in spite of, their love for each other. She likes to torture people, make them suffer, and if they’re strong enough, they live happily ever after.


The author of THE GREEN-EYED DOLL, THE LAST EXECUTION, SOMONE TO WATCH OVER ME, and HELL OR HIGH WATER, book 1 in the Lost and Found, Inc. Jerrie lives in Texas, loves sunshine, children’s laughter, sugar (human and granulated), and researching for her heroes and heroines.

Cold Day in Hell by Jerrie Alexander
My rating: 4 of 5 stars

Cold Day in Hell by Jerrie Alexander is 2013 publication. I was provided a copy of this book in exchange for an honest review.
Ana's life is about justice- the vigilante type. She has lived her life vowing to take down the ruthless Manuel Ortega, the man responsible for killing her parents and leaving her disfigured. Just when Ana has infiltrated the Ortega camp, she is taken captive.
Enter Tyrell- "Ty" Castillo. Ana is his contact in Columbia and he must now rescue her and get them safely out of the country. When he finally gets Ana free, he finds she is not ready to leave. She wants revenge and won't take no for an answer. When Ty gets the order to take out Ortega, Ana is not in on the assignment, but she invites herself along anyway. Meanwhile, Oretega is hunting for Ana and the inevitable bloodbath erupts, but when Ana's adoptive parents are dragged into the furor the mission takes on a different dimension. To cap off all that tension, Ana and Ty are having a hard time keeping their relationship in the professional realm. Both are aware that once this mission is over, Ty will go back to the states and Ana will stay in Columbia fighting the good fight for her country. So, will these two remain star crossed lovers or will they realize they must be together no matter what the sacrifices are ?
If you love romantic suspense with non stop action and adventure, not to mention hot steamy romance, this is one you should try out. The Lost and Found unit will make an awesome long running series.
The Columbian jungle makes a challenging backdrop to an already volatile and dangerous situation dealing with drug lords. Ana's obsession with exacting revenge will try out Ty's patience and keep him all tied up in knots. But, she is one determined lady and not even the Lost and Found unit can stop her. I wasn't sure who gave Ty a bigger challenge, Ortega or Ana. Ty is a mix of alpha and beta in personality and it works out perfectly for a person like Ana who will need someone to be strong, but also be able to do a little compromising as well.
Dealing with dangerous drug lords is a never ending battle and so Ana and Ty will have much work ahead of them if they can manage to work out a plan so they can live together without one of them having to give up their mission and goal in life.
Overall this was a tense and steamy thriller sure to satisfy any reader that loves suspense and romance... and who doesn't?
This one is an A.