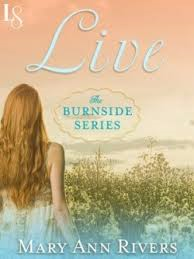 Live by Mary Ann Rivers
My rating: 5 of 5 stars


Live by Mary Ann Rivers is a January 2014 Loveswept publication. I was provided a copy of this book in exchange for an honest review by the publisher and Netgalley.

Destiny is going through a very tough time. Each day she walks past a restoration project and has noticed one man in particular. She has created a fantasy about him which is really just a way to escape her problems. But, one day she just can not take any more and breaks down crying. Her fantasy guy takes notice and she discovers his name is Hefin and he is Welch. He comforts her and listens to her explain that she is out of a job and is becoming desperate. He tells her of a job opportunity and from that point on the two begin seeing each other.
Hefin is in America because of his wife Jessica, who is now his ex-wife. Once his current job is finished he plans on returning home to see his parents and touch base with his professional contacts so he can get back to work in his chosen field.
Knowing from the start that the relationship will be short lived, Destiny and Hefin just can't help themselves. They continue to become more and more involved while the world around Destiny becomes more and more intolerable. Being out of a job for so long isn't her only problem. She has a very messed up family and she has recently lost her father. She is torn up over the death and the family situation which leaves her little time to really live.
Hefin has a few unresolved issues with Jessica as he reflects upon his marriage and his fault in it's failure. He must leave America, it isn't just about the end of his marriage, or his career, but he needs to take care of things he has not seen to a while. But, the thought of leaving Destiny behind isn't making his departure easy. For the time being the two lovers are taking things one day at time until they must face the day Hefin leaves.
I just loved this story. It is a very unconventional contemporary romance. This is a realistic look at a young woman that has put her own life on a back burner in light of some very heavy family issues. She isn't supported emotionally by anyone in her family as they are all very self absorbed people, living in their own misery. Destiny doesn't have a lot to be happy about and Hesin in the only bright light in her life, and even he will soon depart. You may ask yourself if getting involved with someone that has made it crystal clear they will not be around much longer is a good idea . That thought crossed my mind to be honest. But, when the issue is addressed between the two characters, Destiny hits the mark when she says that she just doesn't care right that moment. The pull Hefin has over her and the feelings they can't deny leaves her thinking it is better to at least have this time and enjoy it than to never have experienced the magic Hefin has given her and to avoid fretting over the day when he will have to go. Destiny has enough to deal with so if she wants to have this time for herself then I say she deserved it. But, I also felt like she deserved more than just a spring fling. Hefin also needed to have this great love that with his maturity and the peace he now feels to move foward would make his life complete. But alas, it doesn't look as though that is meant to be... or is it?
I was just wowed by this authors prose and the very character driven story that just sucks the reader right into the world these people are living in. The story has a lot depth and emotion. Hefin is a quiet guy not prone to anger or manipulation, but he doesn't like it if someone mistreats Destiny in any way. He is supportive of her and encourages her and understands her more than her own family does. What Destiny does for Hefin, is to help him move forward from the life he had with Jessica. To face what went wrong, and learn from it. Destiny doesn't try to talk him out of going or make a big scene, she understands that he has to do this and even supports it. it is just a real shame that Destiny is caught in a web she can't escape from. It will take a lot of courage for her to step up and do what SHE needs to do. Her family will just have to deal with things and grow up for the love of Pete. Will Destiny live up to the name she was born with and seek her destiny with Hefin or will this great couple become a just another tragic love story?
All I can say is if you haven't read Mary Ann Rivers I strongly recommend her work. This book would be a great place to start. This one gets an A+ 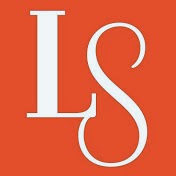