ABOUT THE BOOK:
Perfect for fans of Robyn Carr and Debbie Macomber, New York Times bestselling author Emily March’s seventh book in the Eternity Springs series is a heartwarming story that celebrates the miracle and joy of love during the holidays.

After tragedy strikes his team, college basketball coach Lucca Romano arrives in the haven of Eternity Springs to reassess his life. Even a winning record and big offers can’t dent the wall of guilt that Lucca has built around himself. Nothing can—except maybe a vibrant new neighbor who won’t give up on him.

Schoolteacher Hope Montgomery believes in miracles. She has to believe—because giving up would mean crumbling under the greatest loss a parent can endure. Hope understands Lucca’s suffering; she lives it herself every day. However, the high school team needs his coaching expertise, so she sets out to draw him from his cold, solitary shell and into the warmth of life in their small Rocky Mountain town. But when a weak moment leads to consequences that shake Hope’s faith, it’s up to Lucca to put aside his heartache and show the teacher that here in Eternity Springs broken hearts can heal—just in time for Christmas.
READ AN EXCERPT:
MY REVIEW:

Miracle Road by Emily March
My rating: 5 of 5 stars

Hope is a kindergarten teacher starting over after her daughter, Holly, was kidnapped and she went through a divorce.
Lucca turned his back on his life and refused to ever coach or drive a van or bus again. He doing manual labor and trying not to think about the past.
When Hope and Lucca find they are neighbors the two them slowly form a friendship. Each of them believed they were not able to maintain a relationship with anyone because of thier troubled past.
But, with the help of some good friends and reaching into their own past and experiences they are able to their troubled pasts.
But, Hope also has to deal with an angry and bitter ex-husband who blames her for the kidnapping of their daughter. Even though Hope had allowed herself to open up to Lucca just a little and think that maybe she could start living her life again, a chain of events throws her into a tailspin causing her to let her fears, guilt and pain rule over her heart and head. Will Lucca be able to help Hope believe in herself again- and in Lucca?
The whole Ramono family is on hand to wish everyone a Happy Thanksgiving, a Merry Christmas and for Hope- a very Happy New Year!
There are a lot of life lessons in this book about dealing with tragedy and letting go of guilt and giving yourself permission to be happy again. While Hope and Lucca were the focus of the story, the secondary characters, especially Lucca's mom and sister Gabi also had stories out in the forefront. Ga 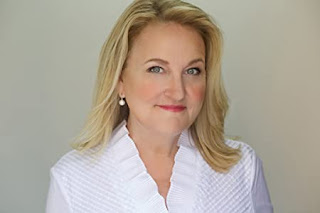 Emily March is the New York Times, Publishers Weekly, and USA Today bestselling author of over thirty novels, including the critically acclaimed Eternity Springs series. Publishers Weekly calls March a "master of delightful banter," and her heartwarming, emotionally charged stories have been named to Best of the Year lists by Publishers Weekly, Library Journal, and Romance Writers of America. A graduate of Texas A&M University, Emily is an avid fan of Aggie sports and her recipe for jalapeño relish has made her a tailgating legend.