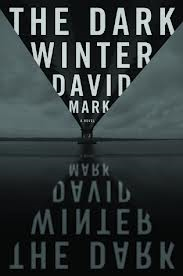 My rating: 4 of 5 stars
I received a digital copy of this book from Netgalley and the publishers- Blue Rider Press. McAvoy,  works in the North England city of Hull as a Detective Sergeant. While on an outing with his young son, McAvoy witnesses the brutal murder of a young black girl. As a witness and a detective, McAvoy wants to plunge right into the case. But, there are some issues. First of all he is called away to inquire about a man that disappeared on a voyage. This is mere political stuff since the man's sister's husband has some pull. The other issues are that McAvoy is just starting out in this new position. He was at the center of a corrupt police inquiry as the chief whistleblower. In the end, he got left flapping in the wind. So, all he wants at the moment is to put his head down and do whatever is asked of him. But, when his missing persons case, turns into what appears to be a suicide, he begins to see some connection between the murdered girl and this case, as well as other cases where each victim happened to be the sole survivor of a tragic incident .McAvoy is a  wonderful character. He is a large, barrel chested man, with the heart of a tech geek. He is happily married with a small son and another child on the way. He is honest and principled, even when he faces challenges that puts temptation in his face. The mystery is very unique, and you will NOT guess the ending. The secondary characters are also interesting and they all want to crack McAvoy and get him to reveal what happened to him in the past. Hopefully, we will see all these characters again in the near future. I recommend this book to anyone who likes mysteries, especially to those that like British mysteries and detectives.